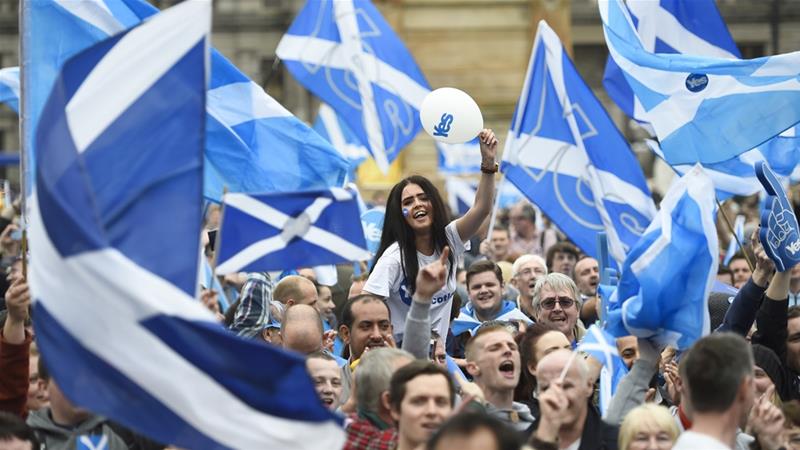 The pro-independence Scottish National Party (SNP) demanded on Sunday that Prime Minister Boris Johnson pay billions of pounds in compensation to Scotland for the mounting costs and disruption of Brexit.

Brexit has strained the bonds that tie together the United Kingdom: England and Wales voted to leave but London, Northern Ireland and Scotland voted to stay.

The SNP, which wants independence for Scotland and is pushing for a second referendum, said Scottish fishermen faced grave disruption due to Brexit.

Johnson’s Conservatives “must apologise to Scottish businesses and pay compensation to Scotland for the long-term damage they are doing to our economy – costing us billions in lost trade and growth,” said Ian Blackford, the SNP’s leader in the British parliament.

Blackford cast Brexit as “an unnecessary act of economic vandalism, which has been inflicted against Scotland’s will”.

“The UK government must now provide an urgent multi-billion package of compensation to Scotland to mitigate the lasting Brexit harm done to Scottish businesses, industries and communities,” he said.

Many Scottish fishermen have halted exports to European Union markets after post-Brexit bureaucracy shattered the system that used to put fresh langoustines and scallops in French shops just over a day after they were harvested.

Fishermen across Britain have accused Prime Minister Boris Johnson of betrayal after he previously vowed to take back control of British waters. With little new control and little access to customer markets, many are in despair.

Scots voted 55-45 percent against independence in a 2014 referendum, but Brexit and the British government’s handling of the COVID-19 crisis have bolstered support for secession, with most polls showing a majority now favour breaking away.

In the 2016 Brexit referendum, Scotland voted 62-38 to stay in the European Union while the United Kingdom as a whole voted 52-48 to leave.

By Annie Charalambous
Previous articleTwo die in Spanish storm, troops deployed to help motorists stranded by snow
Next articleMainly fine on Sunday, with high cloud in the afternoon