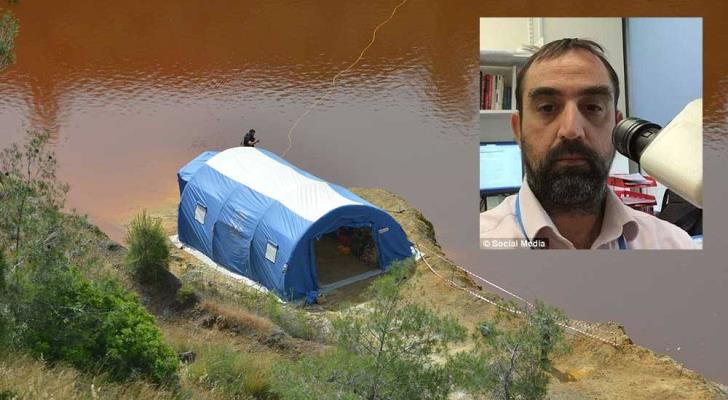 Scotland Yard coroner Andreas Marnerides is set to return to Cyprus to carry out a post-mortem examination on the body found in a suitcase, believed to belong to 8-year old Elena Natalia Bunea, daughter of Livia Florentina Bunea, both from Romania, according to Philenews.

A self-confessed serial killer, currently under police custody, has told police that he killed both mother and daughter, put them in suitcases and threw them in Kokkini Limni (Red Lake) in Mitsero.

The body of the 8-year old was found in a suitcase last Sunday. A body recovered on Sunday 28th April, is believed to be that of her mother, Livia.

At Kokkini Limni (Red Lake) divers were expected to continue their battle against the mud to find the third suitcase, where the alleged killer has admitted hiding the body of a woman.