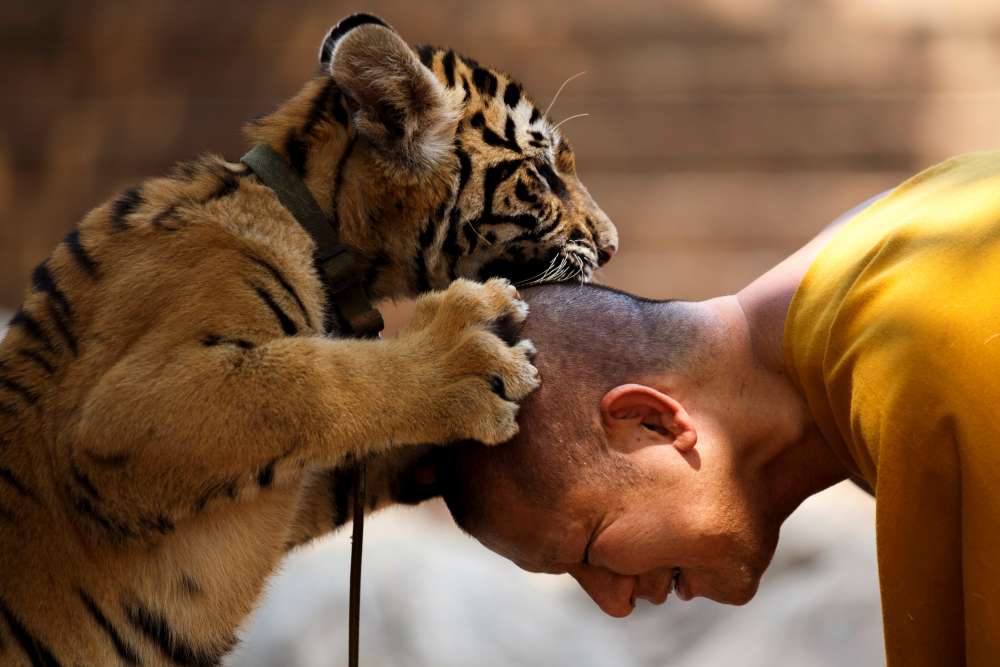 More than half of the tigers that Thai authorities confiscated in 2016 from an infamous Tiger Temple tourist attraction have died from a viral disease because their immune systems were weakened by inbreeding, media reported.

The Buddhist temple west of Bangkok was a tourist destination where visitors took selfies with tigers and bottle-fed cubs until authorities removed its nearly 150 tigers in 2016 in response to global pressure over wildlife trafficking.

The confiscated animals were taken to two state-run sanctuaries but it soon became apparent they were susceptible to canine distemper virus, said a senior official from the Department of National Parks, Wildlife and Plant Conservation.

“When we took the tigers in, we noted that they had no immune system due to inbreeding,” the department’s deputy director-general, Prakit Vongsrivattanakul, told the state-owned broadcaster MCOT on the weekend.

“We treated them as symptoms came up,” Prakit said.

Prakit did not give a figure for the number of tigers that had died but public service broadcaster Thai PBS reported that the toll was 86 of the 147 rescued animals.

The temple had promoted itself for years as a wildlife sanctuary, but it was eventually investigated for suspected links to wildlife trafficking and animal abuse.

Wildlife activists accused the temple’s monks of illegally breeding tigers, while some visitors said the animals appeared drugged. The temple denied the accusations.

Government officials could not be reached for comment on Sunday.

By In Cyprus
Previous articleTurkish provocations will not remain unanswered, President stresses
Next articleNicosia rejects Erdogan’s claims, says Turkey is the one which threatens peace