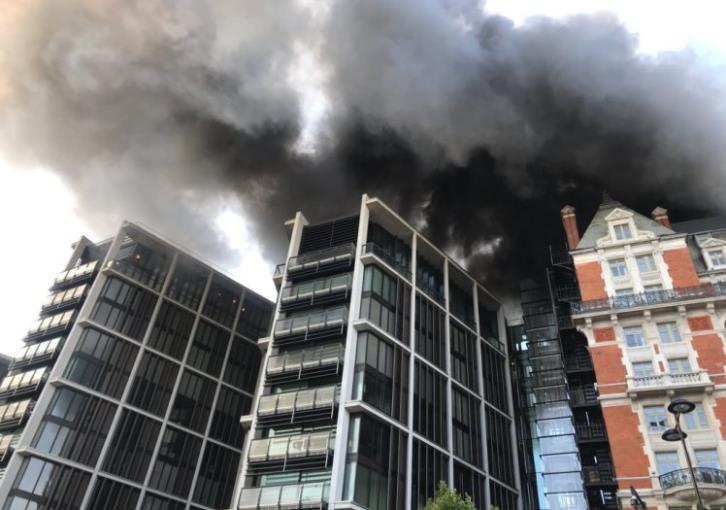 Twenty fire engines and 120 firefighters and officers have been called to a blaze on the roof of a hotel in Knightsbridge, central London, the London Fire Brigade said on Wednesday.

The cause of the blaze was not yet known, it added.

Police said the hotel was being evacuated and it was not yet known whether there had been any injuries.