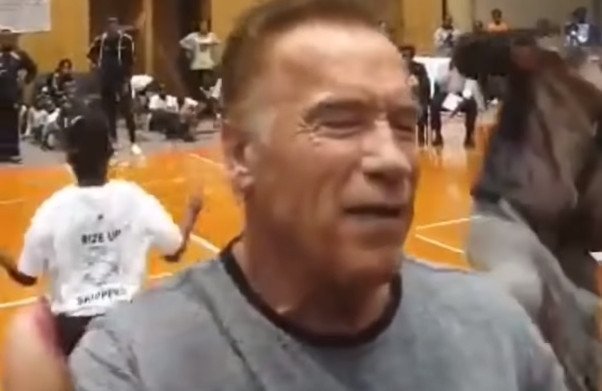 A man struck Arnold Schwarzenegger with a flying kick at a sports event in South Africa on Saturday, though the actor and former California governor later reassured fans that they needn’t worry about him.

Schwarzenegger, 71, was chatting with fans at the Arnold Classic Africa, an event showcasing body-building and other sports, in Johannesburg when he was kicked from behind.

“There is nothing to worry about. I thought I was just jostled by the crowd, which happens a lot,” the star of the “Terminator” films wrote on Twitter, thanking fans for their concern.

“I only realized I was kicked when I saw the video like all of you. I’m just glad the idiot didn’t interrupt my Snapchat.”

A video of the incident posted by Schwarzenegger showed he was not felled by the kick.

The assailant was quickly restrained by a security guard.