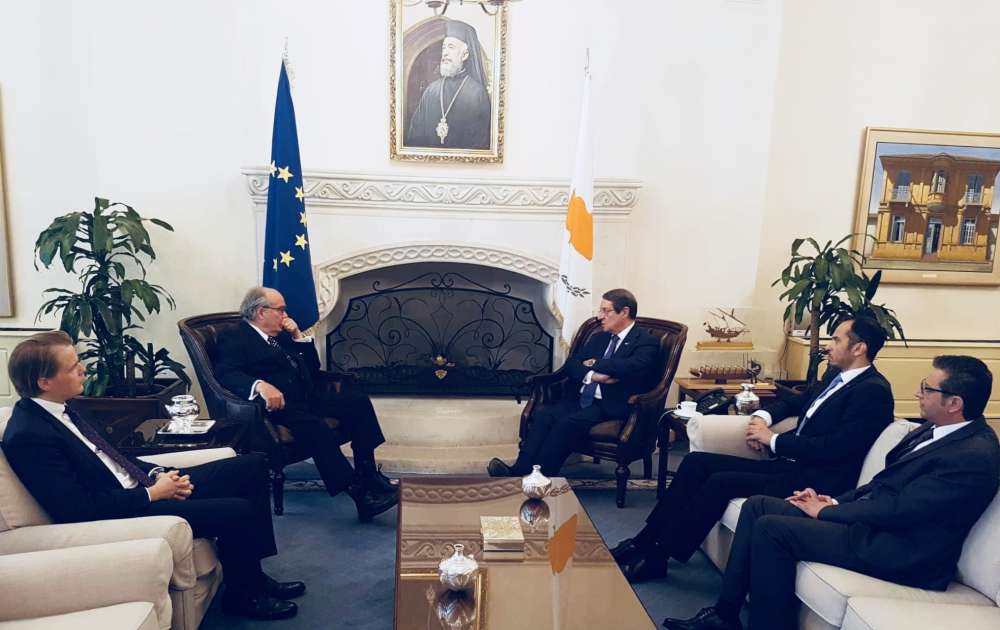 The Chairman of the Schulte Group, Dr. Heinrich Schulte, underlined his long-term commitment to the Cypriot shipping industry at a recent meeting with President Nicos Anastasiades at the Presidential Palace in Nicosia.

At the meeting, PresidentAnastasiades expressed his sincere gratitude towards Dr. Schulte for his invaluable contribution to the country’s shipping industry.

He was one of the founders of the Cyprus’ maritime scene and contributed significantly to the development of the shipping sector as an important industry for the country’s economy.

“We recognise the success of BSM in Cyprus would not be possible without the strong support from the country in the past 46 years. We are grateful and honoured,” Dr. Schulte highlighted. Symbolic gifts were exchanged to show gratitude for the contributions from both the country and the Organisation.

As part of the meeting agenda, the delegation took the opportunity to provide an overview of the Group’s latest developments and future outlook. One of the highlight development and major investment in Cyprus this year is the recent launch of Hanseatic Capital Management, a specialised fund manager for maritime real assets.

The delegation also had the chance to exchange views on various current affairs concerning the country with the President of the governing Democratic Rally (DISY) party, Averof Neofytou.

The meeting provided a valuable opportunity for the delegation to communicate directly with the country’s leaders and for the Schulte Group to work hand-in-hand with the Cyprus government to contribute further to Cyprus’ shipping industry.