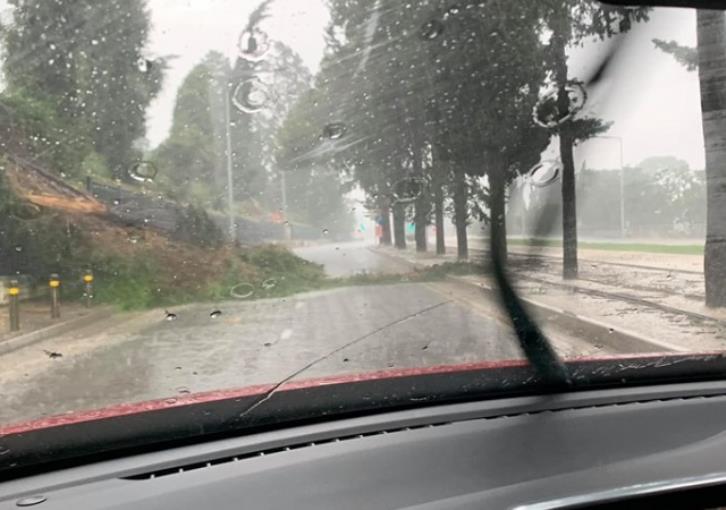 Scattered showers are forecast for today but the low pressure system will dissipate by tonight and weak high pressure is expected  tomorrow bringing mainly fine weather and warmer temperatures, the Met Office said on Thursday.

In its early morning weather forecast, it said today will be partly cloudy and at intervals cloudy with scattered showers and the possibility of isolated thudnerstorms, mainly after midday.

More snow or sleet is expected in the mountains.

Temperatures will be 14 C inland and on the coast and 1 C in the mountains where locally frost is expected.

Tonight will be partly cloudy and there may be scattered showers initially, with the possibility also of isolated thunderstorms, mainly on the east coast. Temperatures will fall to 7 C inland, around 10 C on the coasts and 0 C in the mountains. Frost is expected in the mountains and hilly areas.

Friday, Saturday and Sunday will be mainly fine although there will be increased local cloud at intervals.

Temperatures will edge up to a little above the seasonal average.

The depth of snow on Troodos Square this morning was 93 cm.

Police are urging drivers to be careful, particularly in the mountains, as there are a number of problems on the roads because of the weather.

All roads leading to Troodos are open only to four wheel drive cars and those equipped with snow chains.

The Kakopetria-Karvounas road is open to all vehicles, but slippery.

In the Paphos district the Paphos-Polis Chrysochous road near Yiolou is closed pending repair works after the section of the road collapse.

Throughout the road network, roads are slippery bcause of the rain and drivers are urged to drive slowly and keep a safe distance from other vehicles.

By In Cyprus
Previous articleSaudi Arabia’s investment plans include Cyprus
Next articlePaphos: 73 drivers booked in one night