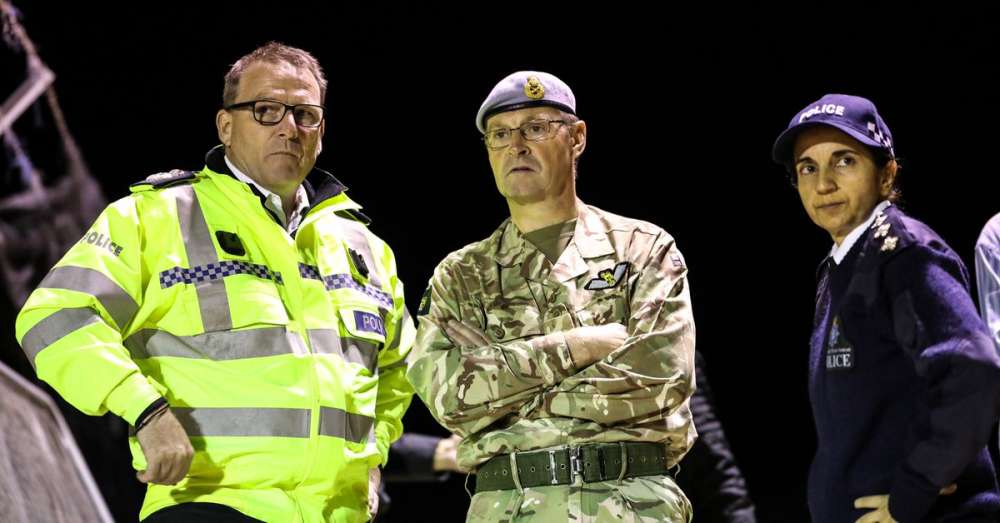 The Sovereign Base Area Police have confirmed the promotion of Chief Inspector Maria Atalioti which has seen her become the first female officer to achieve the rank.

Chief Inspector Atalioti, who joined the force in 1998, only seven years after the very first intake of female officers into the force, has progressed through the ranks having served in numerous different positions all over the SBAs.

After receiving her first promotion to sergeant in 2005, Chief Inspector Atalioti quickly established herself as one of the most promising officers in the force and her latest achievement has cemented her legacy within the SBA Police.

Speaking this week, the chief inspector, who is based at the Episkopi Headquarters as the SBA Police Chief of Staff, spoke of her delight at being promoted but in also being the first female to reach the rank.

She explained: “I feel very privileged and proud to be part of the SBA Police family and I will continue to work towards making our communities a safer, fairer and enjoyable place to work and live in.

“Of course, it is special to be the first female officer to become a chief inspector and I hope it can serve as some sort of motivation to the younger females in the police force that they can reach the more senior level of the SBA Police.”

But despite her obvious achievements, which have seen her receive an astonishing seven Chief Constable Commendations, she doesn’t want to be recognised as only being a female chief inspector.

She explained: “For me it is about doing the best job I can for every member of the police force – male or female – and for the community that I serve as a police officer.”

SBA Police Deputy Chief Constable, Jon Ward, said he was delighted to see her talents as a police officer recognised.

He explained: “Chief Inspector Atalioti is an outstanding officer and I am immensely proud for her and her family that her talents and leadership skills within the SBA Police force have been recognised.”

And in discussing her position as the first female chief inspector and what it means to the force as a whole, the deputy chief said: “We are an equal opportunities employer and always recognise the best person for the job and Chief Inspector Atalioti was clearly that.

“She has laid the foundations for female officers to follow in her stead and that can only be a good thing for the SBA Police going forward.

“We have a lot of highly-talented females in our ranks and I would like to think they can look to Chief Inspector Atalioti as a role model for them in their future careers.”