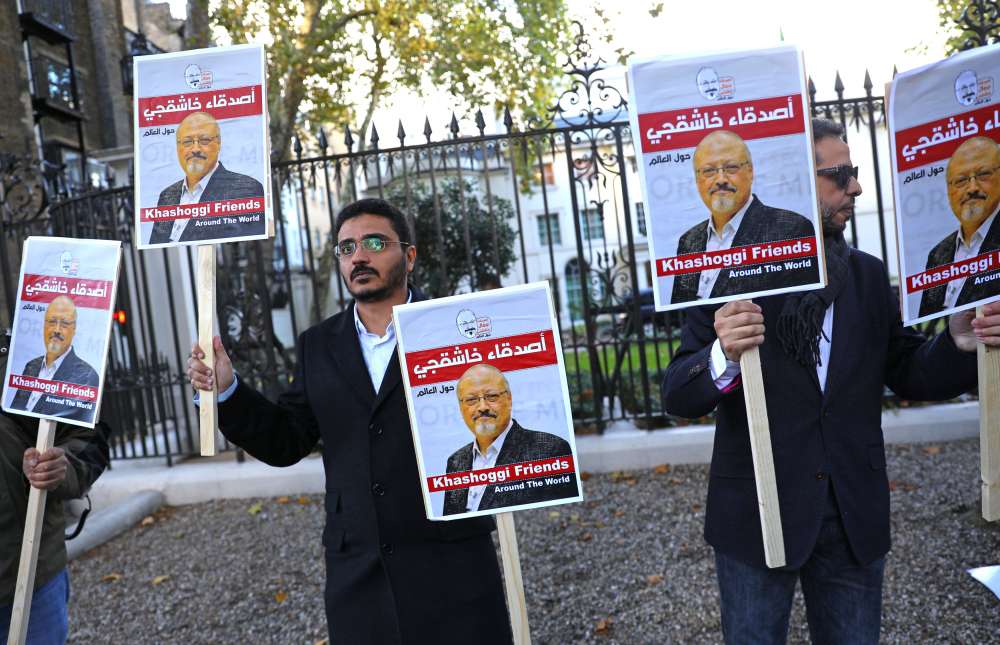 Four Saudis who participated in the 2018 killing of the Washington Post journalist Jamal Khashoggi received paramilitary training in the United States the previous year under a contract approved by the State Department, the New York Times reported on Wednesday.

The training was provided by Tier 1 Group, which is owned by the private equity firm Cerberus Capital Management, and was defensive in nature and devised to protect Saudi leaders, the Times reported.

In response to the Times report, State Department spokesman Ned Price said under the law the department cannot comment “on any of the licensed defense export licensing activity alleged in media reporting.”

Price also said U.S. policy towards Saudi Arabia “will prioritize the rule of law and respect for human rights.”

Khashoggi, a U.S. resident who wrote opinion columns for the Washington Post critical of Saudi Crown Prince Mohammed bin Salman, was killed and dismembered by a team of operatives linked to the prince in the kingdom’s consulate in Istanbul in October 2018. A U.S. intelligence report in February said the crown prince had approved an operation to capture or kill the journalist.

Cerberus senior executive Louis Bremer confirmed his company’s role in the training of four members of the Khashoggi kill team last year in written answers to questions from members of Congress as part of his nomination for a senior Pentagon job in former President Donald Trump’s administration, according to the Times.

But the lawmakers never received the answers because the Trump administration does not appear to have sent them to Congress before withdrawing Bremer’s nomination, according to the Times, which said Bremer provided it with the document.