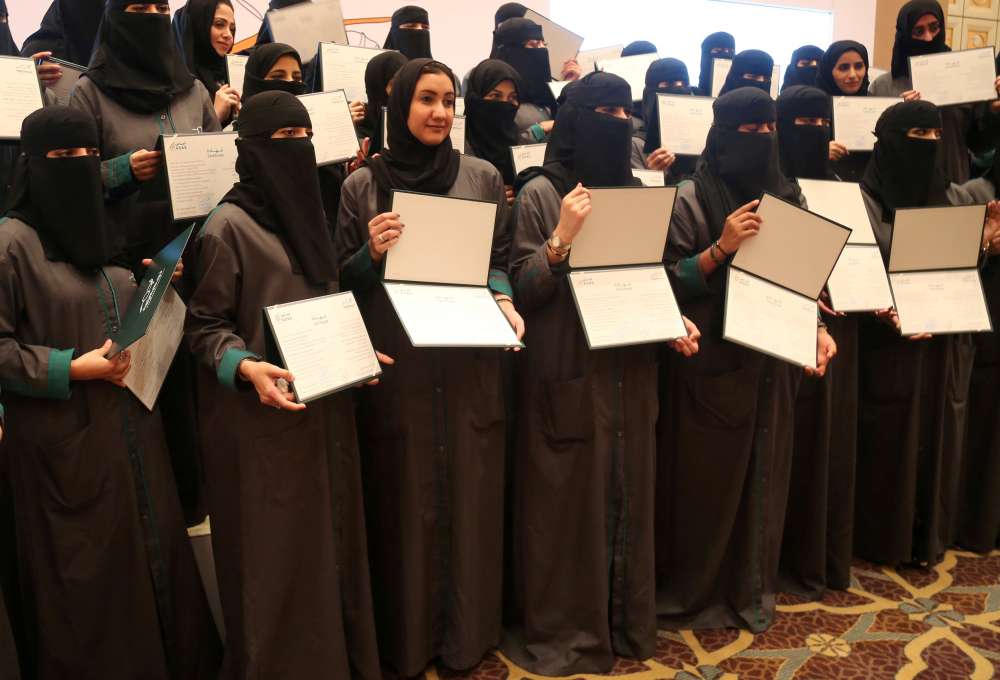 Saudi Arabia’s first batch of women car accident inspectors are training to respond to incidents involving female drivers, who will be allowed to drive in the conservative Muslim kingdom starting on Sunday when a decades-old ban ends.

Forty women hired by private insurance company Najm attended a celebration on Thursday in the capital Riyadh. All of them wore black abayas, the traditional loose-fitting robes, and most covered their faces with the conservative niqab as they lined up to receive symbolic diplomas.

Just days before women are set to hit the road, though, it was unclear when the trainees will be ready to start their new jobs and how they will navigate mixed-gender environments in a country where strict separation rules usually prevent women from interacting with unrelated men.

Much of the kingdom’s overwhelmingly young population supports the reforms, but many Saudis are concerned that changes are happening too fast and fear they could provoke a backlash from religious conservatives once seen as dominant.

Social opening has also been accompanied by a crackdown on dissent, including the arrests over the past month of more than a dozen activists who had previously campaigned for the right to drive.

When King Salman decreed an end to the world’s only remaining ban on women drivers last September, he gave the government nine months to prepare for introducing women drivers to the country’s roads, which are among the world’s deadliest.

The Ministry of Interior has been preparing for the day women take the wheel, opening driving schools and setting up locations for women to exchange their foreign licenses. They worked with Najm to prepare the female inspectors.

They also plan to open holding cells for female traffic violators, but will hold them in juvenile detention centres in the meantime.

Trainee Tahani al-Ameeri, 35, said she was excited to start working as an inspector in the eastern city of Kohbar.

“There is fear at first,” she said of women driving, “but little by little the situation will improve, and God willing this will be a good thing for women.”

The female inspectors will be called to the scene of the accident when one of those involved is insured, not those involving injuries, and when at least one party is a woman, said Maha al-Shneifi, Najm’s communication director.

They have yet to finish their training, however, and it is unclear how many female inspectors will be hired in coming years. It will depend on demand, said Shneifi.

The man believed to have attacked and wounded two people with a meat cleaver is cooperating with the police and said he had targeted...
Read more
World

Britain could be moving too slowly to tackle the sharp rise in COVID-19 cases because of a lag between case numbers and deaths which...
Read more
World

Lebanon’s prime minister-designate quit this morning after trying for almost a month to line up a non-partisan cabinet, failing despite French pressure on sectarian...
Read more