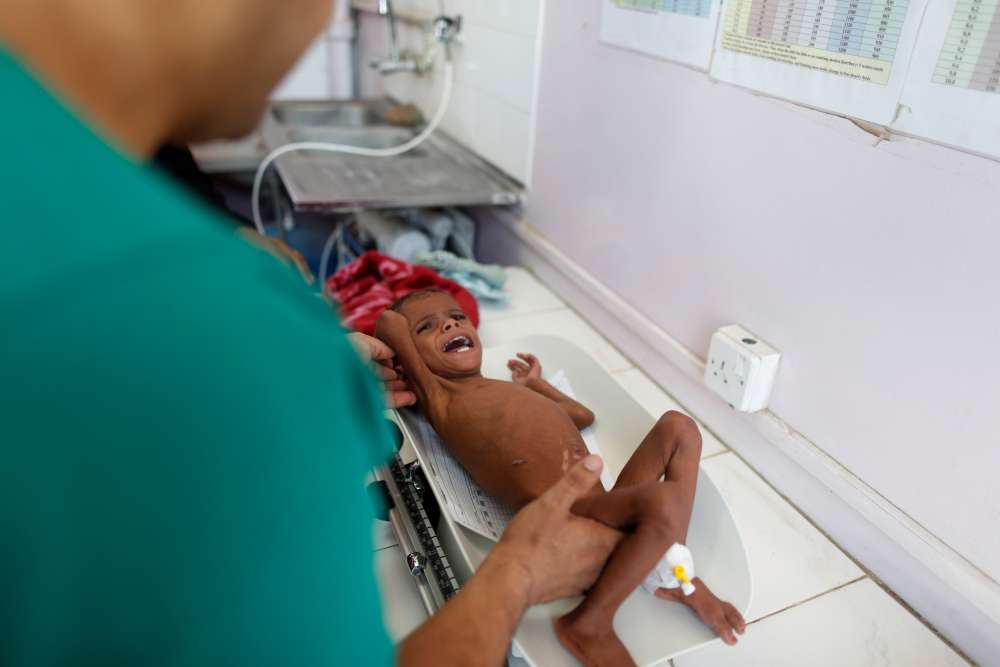 Yemeni forces backed by a Saudi-led coalition inched closer to the Red Sea port city of Hodeidah on Sunday as they battled Iranian-aligned Houthi fighters entrenched there, local military sources and residents said on Sunday.

The coalition has deployed thousands of troops to retake Hodeidah, a vital entry point for imports and a lifeline for millions of Yemenis after more than three years of war.

Fighting was focused around the airport, which the coalition failed to seize in a previous offensive, and also at the eastern entrance to the city and near a university that lies 4 km south of the port, which handles most of Yemen’s imports.

“This is the first time clashes have reached this point (the university),” one pro-coalition Yemeni military source said.

Residents said they could hear exchanges of fire in the area.

The alliance, which relies on Western arms and intelligence, faces a challenge to seize the heavily-defended city without causing heavy casualties at time of increasing global scrutiny over the war that has killed more than 10,000 people.

The United States and Britain have called for an end to the conflict, raising pressure on Saudi Arabia as it faces a global outcry over the murder of prominent Saudi journalist Jamal Khashoggi in the Saudi consulate in Istanbul on Oct. 2.

U.N. refugee agency UNHCR special envoy Angelina Jolie said the international community had been “shamefully slow” and urged the U.N. Security Council to find a negotiated end to the war.

“We have watched the situation deteriorate to the point that Yemen is now on the brink of man-made famine, and facing the worst cholera epidemic in the world in decades,” the U.S. actress said in a statement on Sunday.

Her statement repeated a U.N. warning that half the population of Yemen — some 14 million people — could soon be on the brink of famine.

The alliance of Sunni Muslim states led by Saudi Arabia and the United Arab Emirates intervened in Yemen in 2015 to oust the Houthis and restore the internationally recognised government. The conflict is seen as a proxy war between Riyadh and Tehran.

Riyadh and Abu Dhabi say wresting control of Hodeidah would deliver a blow to the Houthis, who still control the most populated areas of Yemen including the capital Sanaa, by cutting their main supply line and force them to the negotiating table.

A previous attempt to take the city in June ran into difficulties and was halted ahead of U.N.-led peace consultations in Geneva which collapsed in September after the Houthis failed to show up.

U.N. special envoy Martin Griffiths said last week he hoped consultations could restart within a month. He is preparing to visit Taiz, Yemen’s third largest city and a flashpoint since the Houthis drove the government out of Sanaa in 2014, according to sources close to the U.N. talks.