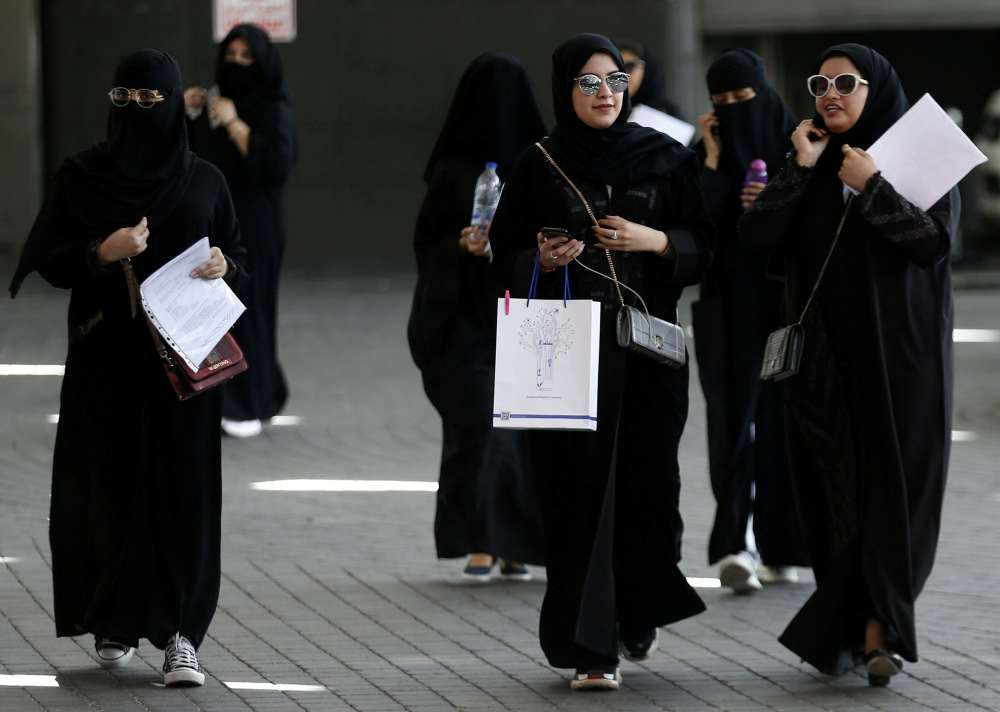 Saudi Arabia has allowed adult women to travel without permission and granted them more control over family matters, further eroding a heavily criticised male guardianship system at a time of heightened scrutiny over its human rights record.

A series of royal decrees published by the official gazette on Friday stipulated that a Saudi passport should be issued to any citizen who applies for it and that any person above the age of 21 does not need permission to travel.

The amendments to regulations also grant women for the first time the right to register child birth, marriage or divorce and to be issued official family documents and be eligible as a guardian to children who are minors.

Riyadh has long endured international censure over the status of women, who rights groups say are often treated as second-class citizens under rules requiring them to get the consent of a male guardian for important decisions throughout their entire lives, regardless of age.

Muna AbuSulayman, a prominent Saudi influencer and a former talk show host, took to Twitter along with thousands of Saudi women to celebrate what many described as a new era.

“A generation growing up completely free and equal to their brothers,” she said, referring to the freedom to travel.

The kingdom’s de facto ruler Crown Prince Mohammed bin Salman has eased social restrictions, such as lifting a driving ban for women last year, as part of a push to open up the conservative Muslim kingdom and transform the economy.

Last year’s murder of journalist Jamal Khashoggi at the hands of Saudi agents caused a global outcry, however, and the Gulf Arab state has been widely criticised for the arrest and alleged torture of nearly a dozen women activists.

Guardianship’s status between law and custom makes it a thorny issue for Prince Mohammed, who indicated last year he favoured ending the system but stopped short of endorsing its annulment.

Other parts of the system remain intact. Women still need permission from a male relative to marry or live on their own.

A hashtag calling for marriage without a guardian’s consent was among the top trending along with a hashtag thanking the crown prince and another touting the new travel rules.

The decrees published Friday also covered employment regulations that would expand work opportunities for women, who represent a big portion of unemployed Saudis. They stipulated that all citizens have the right to work without facing any discrimination based on gender, disability or age.

Prince Mohammed unveiled an ambitious plan in 2016 to transform the economy by 2030, which envisages increasing women’s participation in the workforce to 30% from 22%.

Saudi Arabia ranked 141 of 149 countries in the 2018 Global Gender Gap, a World Economic Forum study on how women fare in economic and political participation, health and education.

Many Saudi officials say the fault lies in implementation and not government policy.

Without a codified system of law to go with the texts making up sharia, or Islamic law, the Saudi police and judiciary have long cited social customs in enforcing prohibitions on women. Many aspects of guardianship stem from informal practice.

“Mohammed bin Salman has dedicated himself to fixing what extremists broke … This is not about openness as some call it, it is about equal rights for all,” a user called Wael tweeted.

The prince has pushed back against the religious establishment, including by arresting scores of clerics and dissidents.

Many citizens remain wary of the fast pace of change.

“We are a Muslim community not a Western one, may God keep our daughters safe from all evils,” said Sarah, a Saudi woman in her late 40s who declined to give her surname.

“Imagine if your girls grow up and leave you and don’t return, would you be happy?” she told Reuters.

One new Covid-19 case from repatriations

There was one new Covid-19 case in Cyprus, the Health Ministry said on Friday, from a total of 2363 tests, bringing the total number...
Read more
Local

A body has been found in the light shaft of a warehouse on Nicos Georgiou street in Limassol, philenews reports. It said the body of...
Read more
Local

As a result of Covid-prompted wedding postponements, the Holy Synod has decided to allow wedding ceremonies during the pre-Christmas fasting period this year until...
Read more
Local

President to discuss phase 3 with scientific advisors on Tuesday

The team of scientists advising the government on the coronavirus outbreak are due to hold a new meeting with President Nicos Anastasiades on Tuesday...
Read more

Twitter hid a tweet from President Donald Trump on Friday and accused him of breaking its rules by "glorifying violence", after he tweeted that...
Read more
World

Cancer patients with COVID-19 who were treated with a drug combination promoted by U.S. President Donald Trump to counter the coronavirus were three times...
Read more