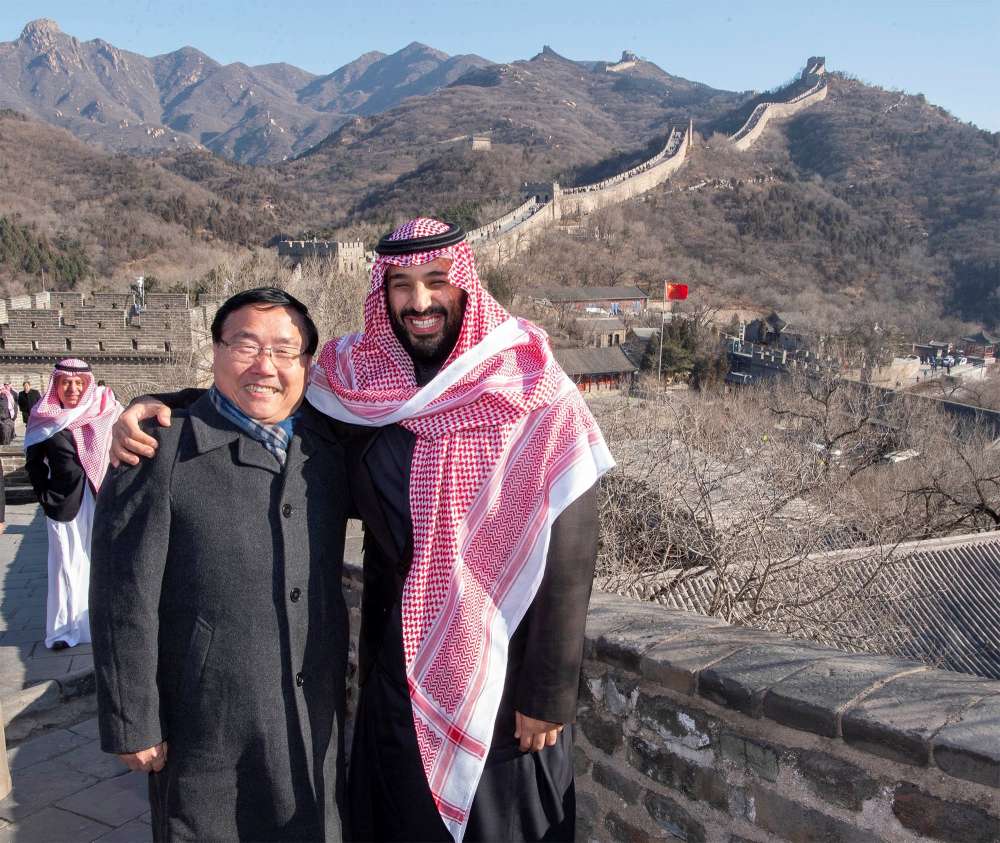 The Saudi delegation, including top executives from Aramco, arrived on Thursday on an Asia tour that has already seen the kingdom pledge investment of $20 billion in Pakistan and seek to make additional investments in India’s refining industry.

The crown prince will meet President Xi Jinping, who has made stepping up China’s presence in the Middle East a key foreign policy objective, despite its traditional low-key role there.

Aramco agreed to form a joint venture with Chinese defence conglomerate Norinco to develop a refining and petrochemical complex in the northeastern Chinese city of Panjin, saying the project is worth more than $10 billion.

The partners will form a new company called Huajin Aramco Petrochemical Co as part of a project that will include a 300,000-barrels-per-day (bpd) refinery with a 1.5-million-metric-tonnes-per-year ethylene cracker, Aramco said.

Aramco will supply up to 70 percent of the crude feedstock for the complex, which is expected to start operations in 2024.

The investments could help Saudi Arabia regain its place as the top oil exporter to China, a position Russia has held for the last three years. Saudi Aramco is set to boost market share by signing supply deals with non-state Chinese refiners.

Aramco also signed an agreement to buy a 9 percent stake in Zhejiang Petrochemical, Saudi state news agency SPA said. This formalised a previously announced plan to gain a stake in a 400,000-bpd refinery and petrochemicals complex in Zhoushan, south of Shanghai.

Meeting Saudi Foreign Minister Adel al-Jubeir, Wang said the main features of their ties were respect, understanding and support for each other, China’s Foreign Ministry said in a statement late on Thursday.

“All countries in the world have the right to develop, and Saudi Arabia is an emerging market country with enormous potential,” the ministry paraphrased Wang as saying.

China has had to step carefully in relations with Riyadh, since Beijing also has close ties with Saudi Arabia’s regional foe Iran.

On Wednesday, Xi told the speaker of Iran’s parliament that China’s desire to develop close ties with Iran would stay unaltered, regardless of the global situation.

China is also wary of criticism from Muslim countries about its camps in the heavily-Muslim far western region of Xinjiang, which the government says are for de-radicalisation purposes and rights groups call internment camps.

Wang said both countries face the threats of terrorism and extremism, and should strengthen cooperation to safeguard security and stability.

China was not seeking to play politics in the Middle East, the widely-read state-run tabloid, the Global Times, said in an editorial on Friday.

“China won’t be a geopolitical player in the Middle East. It has no enemies and can cooperate with all countries in the region,” said the paper, published by the ruling Communist Party’s official People’s Daily.