Saturn is the solar system’s ‘moon king,’ with 20 more spotted 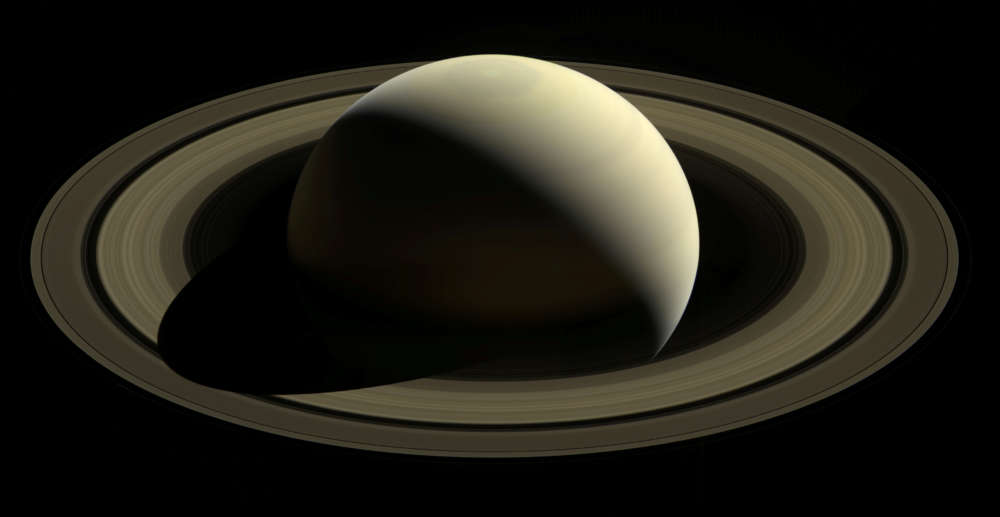 Saturn is now being recognized as the “moon king” of our solar system, with astronomers spotting 20 more of them orbiting the giant ringed planet, bringing its total count to 82 – three more than Jupiter.

The newly identified small moons, ranging from about 2 to 4 miles (3 to 6 km) in diameter, were detected using the Subaru telescope in Hawaii by a research team led by astronomer Scott Sheppard of the Carnegie Institution for Science in Washington.

“Saturn is the moon king,” Sheppard said on Wednesday in an email interview.

The discovery was announced this week by the International Astronomical Union’s Minor Planet Center.

One of the moons orbits at an astounding distance of about 15 million miles (24 million km) from Saturn, farther away than any of its other moons. By comparison, Earth’s moon orbits about 240,000 miles (386,000 km) from the planet.

Seventeen of the newly detected Saturnian moons are orbiting in the opposite direction of the planet’s rotation. The other three orbit in the same direction Saturn spins, as is typically the case.

A number of the moons appear to be fragments of once-larger moons that broke up in long-ago collisions with other moons or passing comets or asteroids, Sheppard said. That is similar to some of the 79 moons orbiting Jupiter.

Only Jupiter, the fifth planet from the sun, is larger. Saturn formed with the other planets and the sun about 4.5 billion years ago.

“These new moons show us the solar system was a very chaotic place in the distant past, with objects flying all over the place. These are the last remnants of the objects that formed in the giant planet region, as all of the other objects that formed in this region have either been ejected or incorporated into the planets themselves,” Sheppard said.

The newly identified moons are much smaller than Saturn’s largest, the icy world Titan, whose diameter of about 3,200 miles (5,150 km) exceeds that of the innermost planet, Mercury.

“We believe Saturn likely has about 100 moons larger than one mile (1.6 km), but the discovery of these new moons that are about two to four miles in size is pushing the limit of our current ability to find them. We will need the next generation of large telescopes to find smaller moons,” Sheppard added.

By In Cyprus
Previous articleApple removes police-tracking app used in Hong Kong protests from its app store
Next articleBreaking with Trump, U.S. Republicans press for response to Turkey over Syria