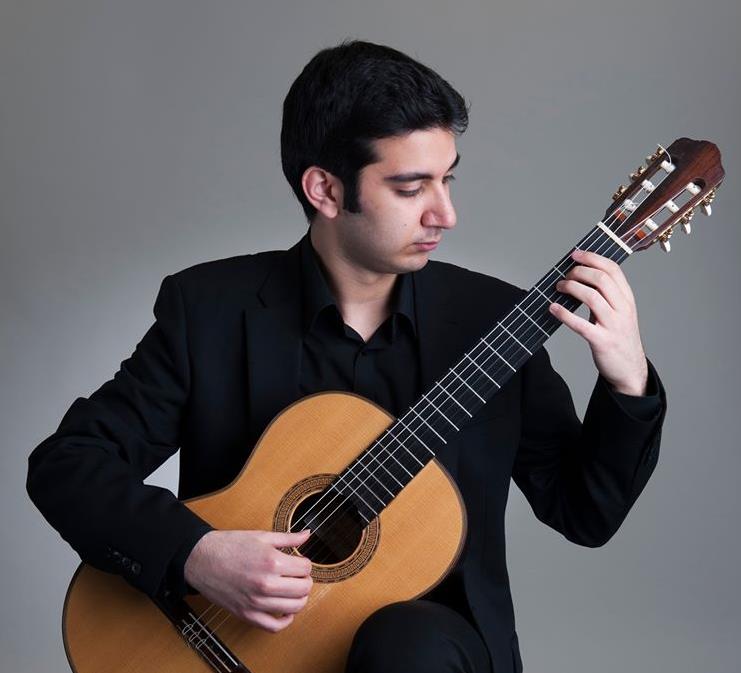 The Pharos Arts Foundation continues its long-established collaboration with the prestigious International Sevilla Guitar Competition and the Cervantes Institute in Cyprus, in presenting every year the first winner of the Competition. The First Prize Winner of the 2018 Sevilla competition, Sasha Savaloni is one of the most sought-after guitarists of his generation who has appears in some of the world’s most important international guitar festivals including the London Guitar Festival, St Magnus International Festival, Sul Tasto Paris, Festival de la Guitarra de Sevilla, Corde d’Autunno in Milan, Les Garrigues Memorial Emili Pujol. For his recital in Nicosia, on Friday 6 December 2019, at The Shoe Factory / 8:30pm, Sasha Savaloni will perform an exciting and wide-ranging programme of works by Schubert, Turina, Granados, J.S. Bach, de Falla, Brett Dean and Gaspar Sanz. The concert is kindly supported by the Embassy of Spain and the Cervantes Institute in Cyprus.

A passionate chamber musician, Savaloni has collaborated with a number of world renowned musicians and ensembles, including Red Note Ensemble, trumpet player Mark O’Keeffe, guitarist Ian Watt, flautist Lee Holland and soprano Alison McNeill with whom they were the recipients of the prestigious ‘Enterprise Music Scotland Residency Project Artists’ for the period 2015-2017.

Selected for the International Guitar Foundation’s Young Artist Platform in 2014, Sasha Savaloni is a Live Music Now Scotland Artist and his work has been featured by BBC Radio Scotland. He is a lecturer at the Royal Conservatoire of Scotland, and he is currently pursuing a Doctoral degree at the RCS focusing on the performance of Schubert’s music on guitar.