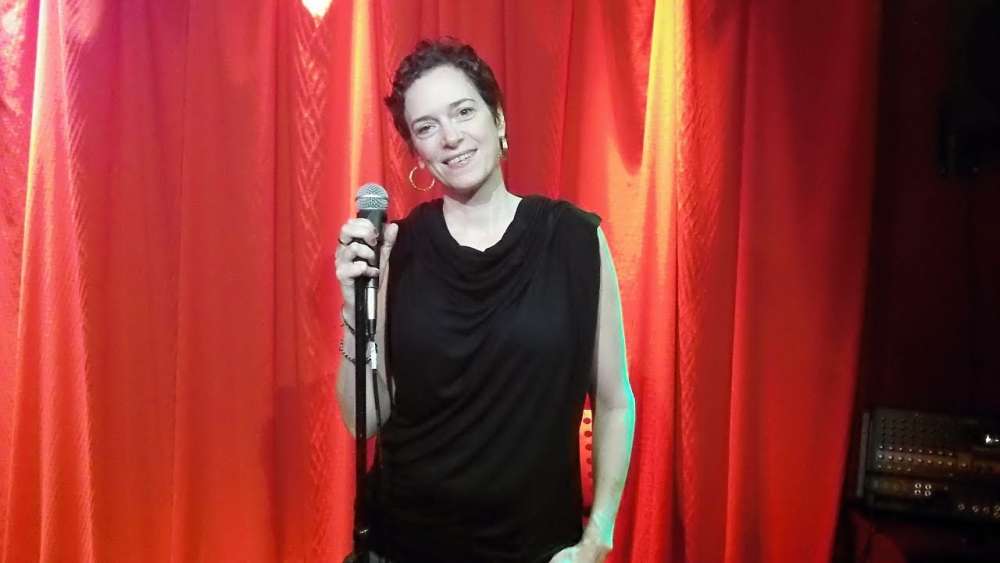 Jazz singer Sarah Fenwick reunites with the brilliant guitarist Marinos Neofytou and bassist Costas Challoumas for a night of original and standard melodies from the great traditions of jazz and blues, at Technopolis 20 garden, on Saturday, 10th of August 2019, at 8:30pm. The group plays songs from the CD ‘Jazz Origins’ as well as familiar and well-loved songs from the American Songbook.

A few words about the musicians
Nicknamed ‘Lady Jazz’, the singer Sarah Fenwick has recorded four CDs; Jazz Attack, Love Life, Jazz Way & Jazz Origins. She is recognised as one of the leading improvisational jazz singers on the island as well as being one of the island’s original voices of the genre. Her career stretches back to 1992 when she started to sing professionally in Nicosia. Since then she has worked with most of the top musicians in Cyprus and many from abroad such as Israeli pianist Ari Erev, Scottish guitarist Jim Mullen, Italian guitarist Gigi Cifarelli, and Welsh pianist Gareth Williams. She has performed in Italy, all around Cyprus, in the US, and the Middle East. Her activities in promoting and supporting jazz in Cyprus have earned her the name ‘the voice of jazz.’ In particular, she launched and mediates the Facebook Group ‘Support Jazz and Blues in Cyprus’, and founded the Cyprus Jazz and Blues Association.

Marinos Neophytou: Has studied jazz music and jazz performance on guitar at Berklee College of Music in America. From very small age deals with improvisation and performing with small bands in which you will see him occasionally playing different musical instruments. From 2012 until today has partnered with renowned jazz singer Sarah Fenwick with which they have recorded their own music. So far they have recorded 2 albums (JAZZ WAY, JAZZ ORIGINS).