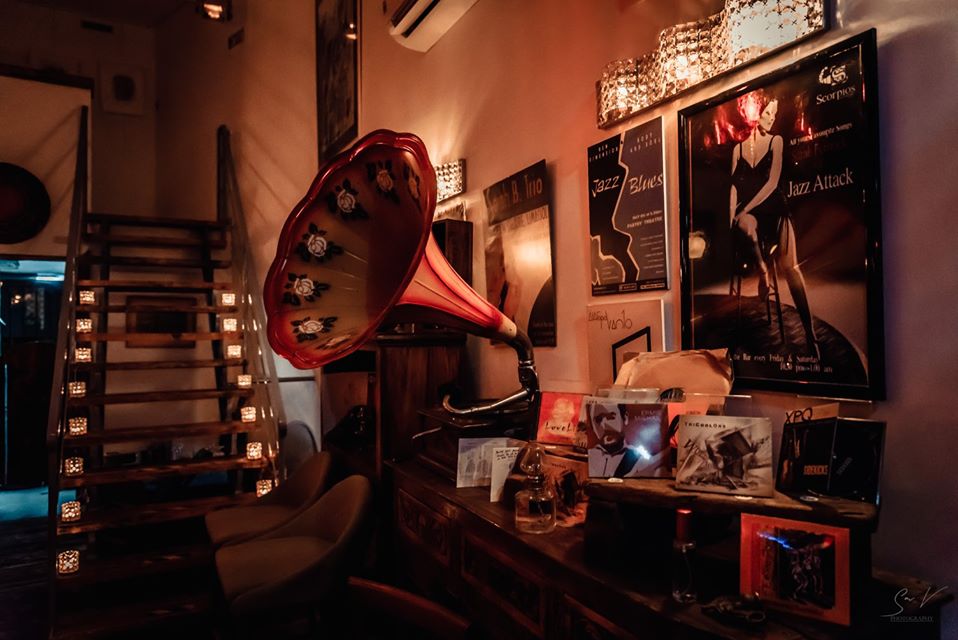 Exploring the riches of sound and the endless possibilities of combining words with music, jazz singer and composer Sara So Far provides an ambience to lose oneself in. Through original compositions, drawing from jazz influences as well as other sources, you will be taken on a journey of familiar heart-hugging melodies, as well as new compositions and old ones re-arranged and re-loved.

Originally from The Netherlands/Belgium, Sara So Far has been playing in Cyprus with great local jazz musicians for over three years, and it is time for an exciting solo project at Technopolis 20 in Paphos. Sara sings her poetry with remarkable depth, pours her words into song with skill, supported by her groovy piano playing and dynamic live looping. Building sound upon sound.

A few words about the musician

Sara So Far (The Netherlands/Belgium) started singing and writing songs as a young child. As she grew up, songs kept coming and it became clear to her that music was to be her life. In 2004 Sara decided to study jazz singing and moved to Brussels to study with David Linx, acquiring a Master’s Degree in jazz. She followed masterclasses and courses in Belgium, Germany and The Netherlands with singers such as Deborah Carter, Sheila Jordan, Gloria Cooper, Judy Niemack, Anette von Eichel, Fay Claassen, Sidsel Endresen and Catherin Sadolin.

For a good number of years Sara So Far has been performing and recording with several band formations and as a solo artist mainly in Belgium, The Netherlands and surrounding countries, while also being a passionate teacher (voice, piano and music in general). In 2016, she did a concert tour with fellow jazz musicians in Taiwan and now lives in Cyprus with her husband and three children, where she has been performing at multiple venues around the island with Cyprus’ own great jazz musicians. From 2018 onwards, besides performing with her band, Sara has been collaborating with bassist Cahit Kutrafali. They give concerts as a Bass & Voice duo, using live looping and improvisation, drawing from a rich repertoire of different genres.

“WISE YET UNASSUMING, PASSIONATE BUT CALM, PERFECT VOICE CONTROL AND COMPOSITION, EVER SO EXQUISITE SARA SO FAR”

As a singer, Sara So Far is known for her warm voice, excellent ear and love for improvisation. Each concert is likely to be totally different from the next. As a composer, Sara touches her audience with depth and melodic creativity which form -combined with the harmonies of her piano playing and the groove of her band- an altogether refreshing and original sound. When performing solo, she seeks to get the most out of the piano, while occasionally leaving the keys aside to present some voice-only repertoire, turning to the art of live looping while also using other instruments. For those few poets hidden in the audience there is always a lot to mull over, as Sara So Far is mad for poetry and seeks to write lyrics that have the music in them before they are heard.
In March 2020, Sara will be recording an album in Nicosia, Cyprus, to mark her years of creative collaboration with jazz musicians in Cyprus.

By In Cyprus
Previous articleEU lists Cayman Islands, Panama as tax havens, spares Turkey
Next articleHelipad to be built at Linou to boost mountain communities