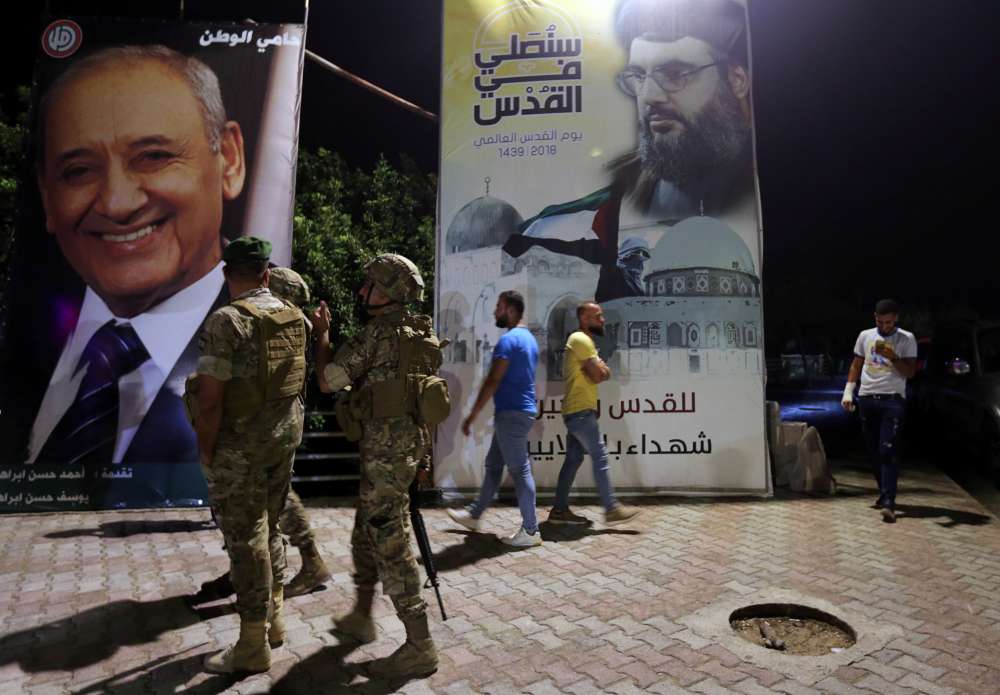 Lebanon’s central bank said it would guarantee all “legitimate deposits” in the newly sanctioned Jammal Trust Bank, which on Friday rejected U.S. allegations that it helps to fund Iran-backed Hezbollah.

Washington hit the bank and its subsidiaries with sanctions on Thursday for allegedly facilitating the financial activities of the Shi’ite Hezbollah movement in Lebanon. The U.S. Treasury Department accused the bank of funneling money to the families of suicide bombers.

Secretary of State Mike Pompeo said the United States is determined to cut off support in Lebanon for heavily armed Hezbollah, which Washington classifies as a terrorist group.

Lebanon’s central bank Governor Riad Salameh told Reuters on Friday that it would guarantee money put in the bank by depositors not subject to sanctions.

Jammal Trust, a 50-year-old private commercial bank in Lebanon, said it “unequivocally denies all the allegations” that prompted what it described as “surprising” sanctions.

The bank’s statement said it has “unwavering commitment to … international regulations on countering money laundering and terrorism financing”.

Jammal Trust Bank has 25 branches in Lebanon and representative offices in Nigeria, the Ivory Coast and Britain, its website says.

The bank is a relatively small lender. It had net assets of 1,600 billion Lebanese pounds ($1 billion) at the end of 2017, according to the annual report on the latest year for which data is available.

Washington has sought to choke off Hezbollah’s funding worldwide, with sanctions among a slew of steps against Tehran since U.S. President Donald Trump withdrew last year from a 2015 international nuclear deal with Iran.

“I am certain of the banking sector’s ability to absorb the implications … and guarantee the money of depositors,” he wrote on Twitter, adding that the central bank is “doing what is necessary”.

The Lebanese government has vowed to make urgent progress on reforms to ease economic troubles that prompted ratings agency Fitch to cut the country’s credit rating this month.

Lebanon has one of the world’s heaviest public debt burdens at 150% of GDP. The impetus to enact reforms has grown with the slowdown of deposits into its banking sector, a critical source of finance for the state.

By In Cyprus
Previous articleBrexit endgame: It’s PM Johnson vs parliament in historic showdown
Next article22 year old jailed for three years for possession of cannabis