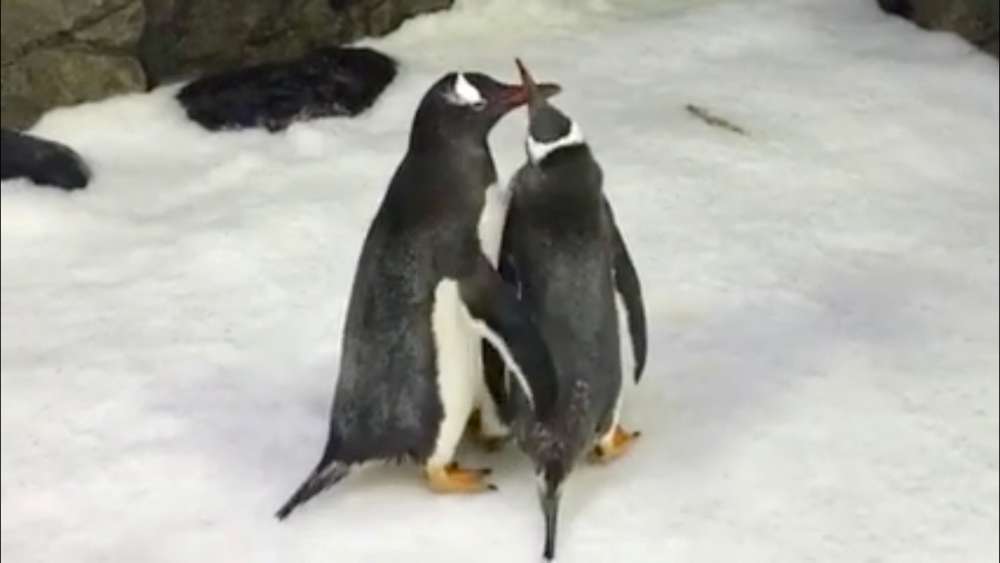 Two male penguins who built a nest together from ice pebbles at Sydney’s Sea Life Aquarium are now fostering an egg given them by aquarium staff who suspected they were more than friends.

The penguins, Magic and Sphen, formed a bond ahead of the 2018 breeding season, before starting to collect the pebbles, state-backed broadcaster ABC said.

Sea Life staff then gave the pair a dummy egg, and after having shown strong nurturing skills the pair of Gentoo penguins were given a real one to look after, it said in a report.

“We’d go over there and Magic and Sphen would be bowing to each other,” Tish Hannan, supervisor of the aquarium’s penguin department told the broadcaster.

Upon receiving the dummy egg, she added, “They immediately knew exactly what it was and started incubating it.”

Gentoo penguins share parenting and feeding responsibilities equally, so there is little difference between opposite-sex or same-sex parenting, Hannan said, and the example is not the first among zoos around the world.

Sea Life aquarium did not respond to an email request for comment made outside business hours.

A children’s book, “And Tango Makes Three”, based on the real story of two penguins at New York’s Central Park Zoo who reared their own chick, drew acclaim from some for depicting non-traditional family structures.

It was also among some titles pulled from bookshelves in public libraries in Hong Kong this year after pressure from anti-gay groups, the South China Morning Post newspaper has said.