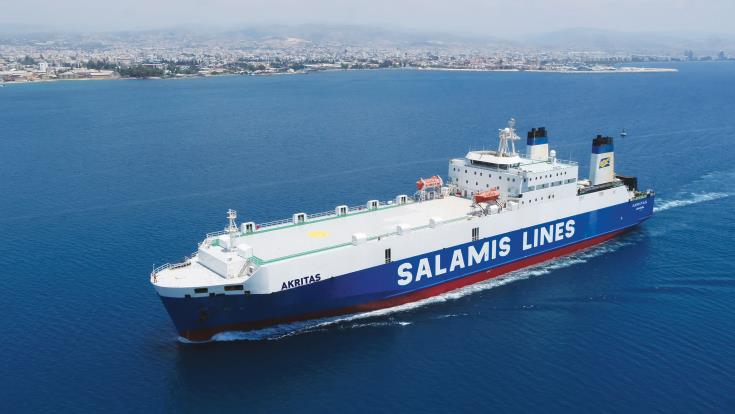 Salamis Lines has launched a new commercial shipping link between Thessaloniki, Limassol and Haifa to be carried out by its newly-acquired Ro/Ro Akritas starting on April 12.

The ship will carry out weekly service, departing from Thessaloniki on Friday, arriving in Limassol and Monday, from there to Haifa on Tuesday and back to Thessaloniki.

The Rο/Rο Akritas can transport all types of cargo such as vehicles, general cargo, machinery, trucks, containers and refrigerated goods.

The announcement was welcomed by the Cyprus-Greece Business Association as a positive development which will boost trade between Cyprus, Greece and Israel.

It said that in recent contacts with Thessaloniki Municipality and the Chamber of Commerce of Northern Greece it had discussed the issue of the absence of a commercial link between Cyprus and Thessaloniki, something which is now being implemented at the initiative of Salamis.