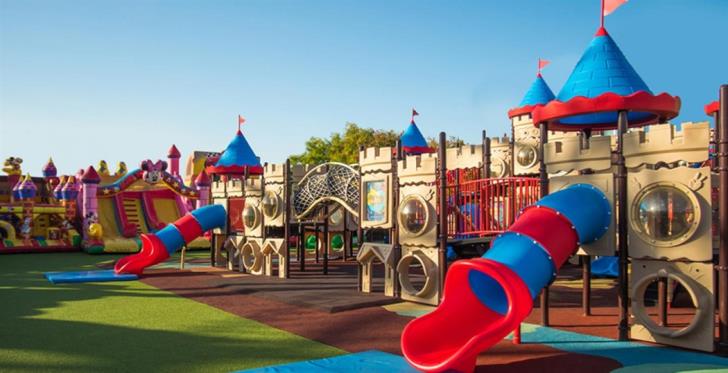 Safety and precautionary measures in playgrounds in Cyprus are inadequate, a Nicosia district court has said in its ruling in a case where a child was injured back in April 2011.

The court also ruled that the special regulatory framework for the operation of the various playgrounds is also inadequate, Philenews reported on Thursday.

A three and half year’s old child at the time suffered a hand injury after falling off a Nicosia playground’s defaulted inflatable during a friend’s birthday party.

His parents had filed a lawsuit against the company managing the playground demanding compensation. The judge noted that employees of the company should have effectively monitor the playground and prevent any possible accidents from happening.

A video presented in court showed a guard was standing outside the inflatable, however, the ruling noted, if there was one at a suitable place inside then the injured child would have been warned.  The judge, ruled the way the inflatable was monitored was ineffective.

There are over 1,000 playgrounds and outdoor play equipment in Cyprus but checks are sparse, Phileleftheros reports.

And in the case of playgrounds at communal or other parks, which are often targeted by vandals, equipment becomes extremely hazardous to children.