Ryanair says it may trim expansion plans due to strikes 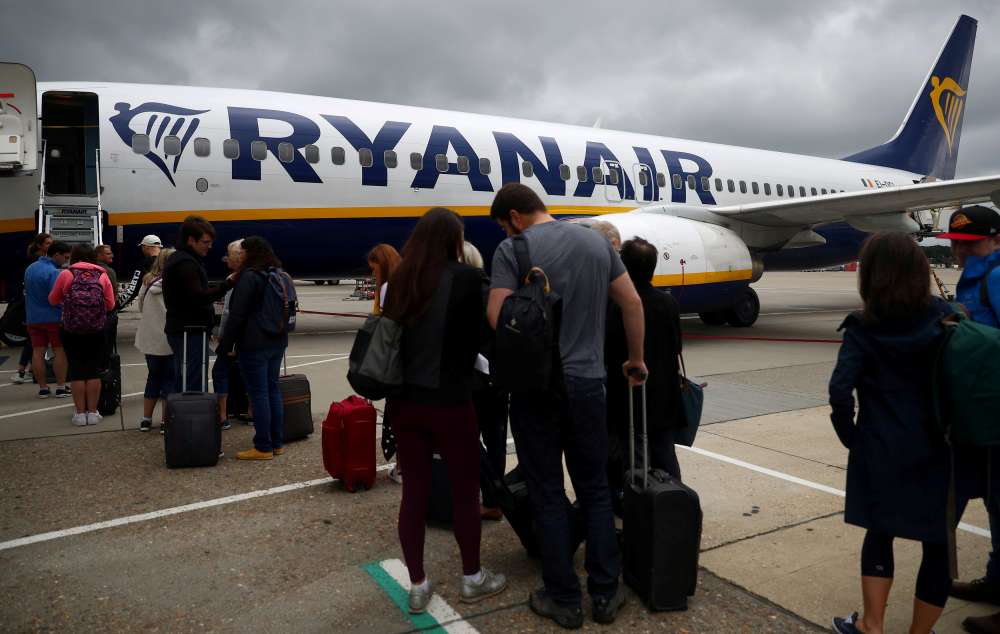 Ryanair will consider cutting its growth plans for this winter and next summer if staff strikes continue, a senior executive said on Tuesday after announcing that 30,000 passengers will be grounded by a cabin crew strike on Friday.

But it has said that a string of strikes by pilots and cabin crew since it recognised trade unions for the first time last December has damaged bookings just as strong increases in oil prices threaten to push up costs.

“These repeated unnecessary strikes are damaging Ryanair’s business and our customer confidence at a time when oil prices are rising strongly,” Chief Marketing Officer Kenny Jacobs said in a statement.

“If they continue, it is inevitable that we will have to look again at our capacity growth this winter and in summer 2019.”

Jacobs said that 30,000 people would be grounded on Friday by cabin crew strikes in Spain, Belgium, Holland, Portugal, Italy and Germany, which had forced it to cancel 190 of 2,400 flights.

All affected customers have been given three day’s notice of the cancellations, it said.

Ryanair said it had made significant progress in recent weeks with union negotiations and said it had offered talks to staff from the five countries offering them improved conditions.

“We hope these unions will see common sense and work with us to finalise agreements for the benefit of our pilots and cabin crew over the coming weeks without further disrupting our customers or our flights,” Jacobs said.

In September 2017 Ryanair cut its planned capacity for the summer of 2018 after a shortage of standby pilots led to the cancellation of thousands of flights.

But at the time it said its ambitious long-term growth plan to fly 200 million passengers per year by 2024 remained intact.

Its statement on Tuesday did not specify how much capacity it might cut.

By In Cyprus
Previous articleWitness on TV: How abducted boys were found
Next articleTurkish Cypriot wanted in UK held in Turkish-occupied Cyprus