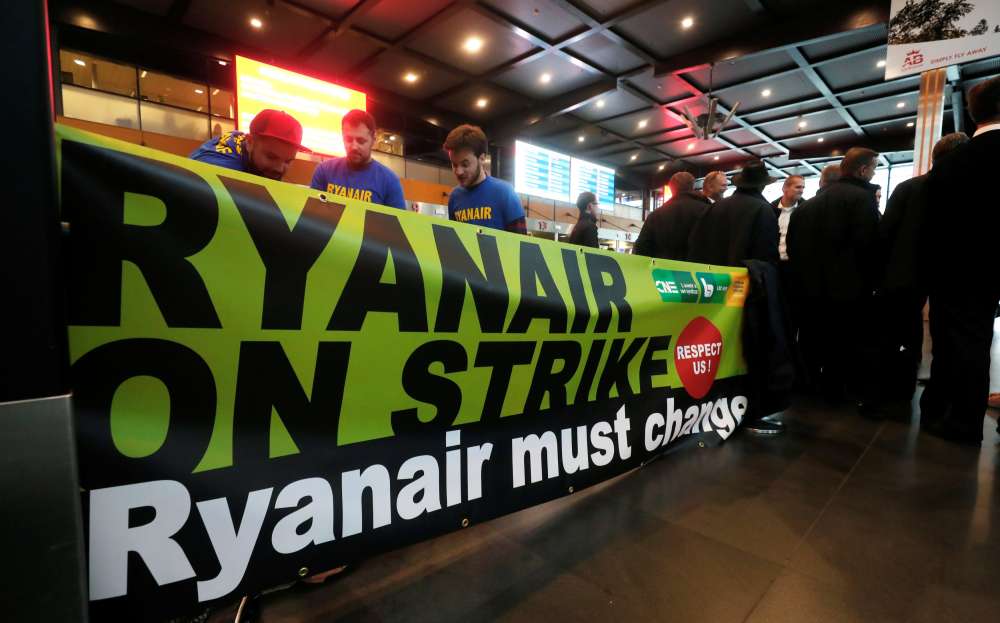 Ryanair has reached an agreement with German union Verdi relating to pay and conditions for cabin crew that will be put to workers for approval next Tuesday, the Irish budget airline said on Thursday.

Ryanair has been hit by a series of strikes across Europe despite bowing to pressure to recognise unions for the first time almost a year ago.

The two-year Collective Labour Agreement covers all the airline’s cabin crew based in Germany and confirms the application of German labour law and includes pay increases and other benefits, Ryanair said.

Verdi, which represents about 1,000 Ryanair cabin crew in Germany, said the agreement would only become final once its members had been able to vote on it.

“After nearly a year of negotiation, Verdi sees the preliminary agreement as a step toward improving the working conditions of workers and their salaries,” it said in a statement, adding it would comment on details of the agreement once it had been finalised.

Ryanair said last month it hoped to reach deals with all of its major unions by Christmas, seeking to end disruptions which have hit its profit and shares.

Verdi said it still saw it as problematic that Ryanair does not allow its employees to form works councils and called on lawmakers to introduce new rules for the sector as a whole.

The airline also said its Italian cabin crew have voted overwhelmingly to accept a three-year deal reached with their three main cabin crew unions in September.

“We are pleased to sign this CLA agreement with Verdi, which will lead to pay improvements and other benefits for our German based cabin crew, subject to them voting in favour of this agreement over the coming week,” Ryanair’s Chief People Officer, Eddie Wilson, said in a statement.

“These are further concrete signs of the substantial progress Ryanair is making in concluding agreements with our people and their unions in many different EU countries.”

Ryanair has also signed new recognition agreements with cabin crew unions in Greece and Sweden and will start work with these unions on deals to cover cabin crew in those countries.

By In Cyprus
Previous articleSyllouris discusses bilateral relations with Ambassadors of Spain and Qatar
Next articleCyprus problem and concerns are concerns of Europeans and the EPP, Weber says