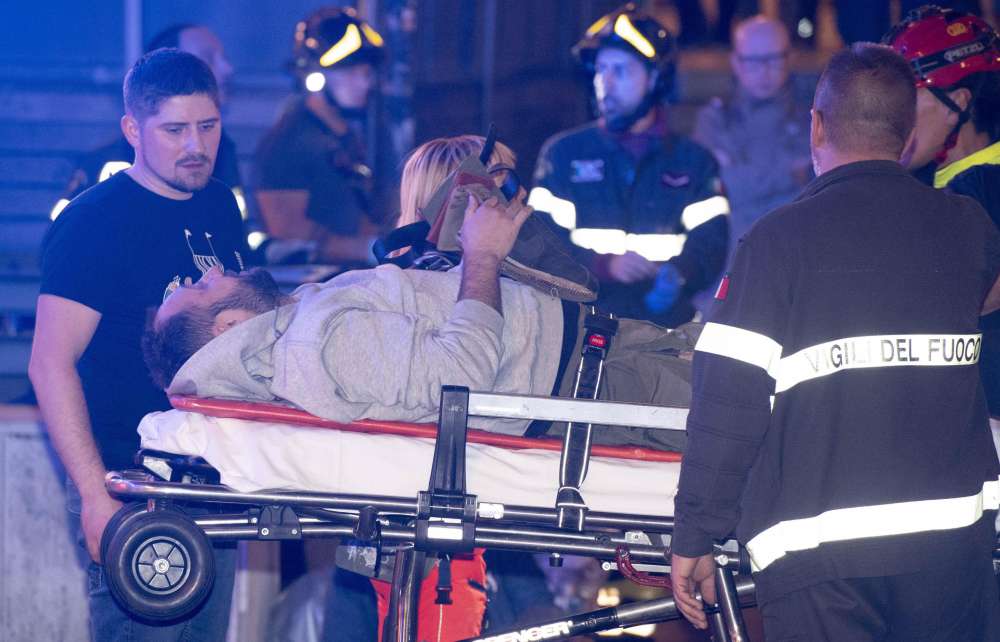 An escalator in a Rome metro station packed with CSKA Moscow soccer fans broke on Tuesday, injuring at least 20 people as they were flung down the stairs, Italian police said.

Seven people was seriously hurt in the accident at the city-centre Repubblica station. None of the injuries were reported to be life-threatening.

State television RAI broadcast a video of the incident that showed the escalator suddenly speed up, leaving people in a tangled crush at the bottom, unable to jump free.

The station was full of Russian fans headed towards Rome’s Olympic Stadium where CSKA Moscow were to play AS Roma in the Champions League.

“From what witnesses have said, it seems that some fans were jumping and dancing on the stairs,” Raggi told reporters.

Italian media said some soccer supporters were trapped between the metal plates of the steps.