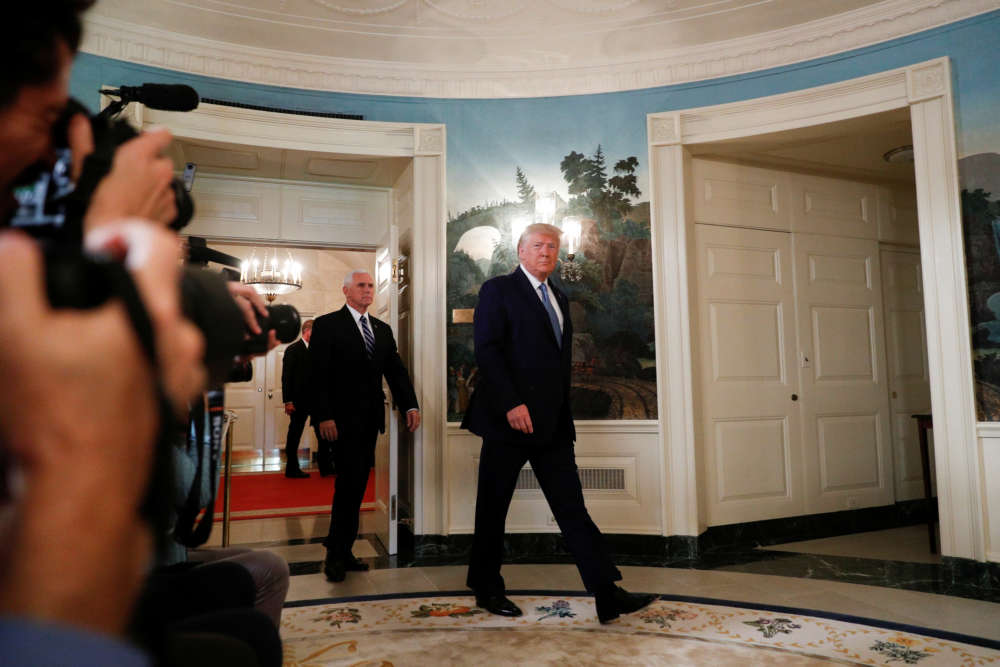 Russian military police started to deploy on Syria’s northeast border on Wednesday under a deal with Turkey to drive out Kurdish fighters, marking Moscow’s deepening influence in the region two weeks after the United States pulled out forces.

Turkey announced that its offensive against the Kurdish forces was over, and U.S. President Donald Trump said the ceasefire brokered last week was now permanent and that he was lifting all sanctions imposed on Ankara.

Turkey ‘paused’ its offensive last week under a U.S.-brokered deal which called for Kurdish YPG fighters to withdraw, and then secured Russian support this week for a wider deal requiring the YPG’s removal from the whole northeast border.

The police arrival in Kobani on Wednesday marked the start of a mission by Russian and Syrian security forces to push the YPG at least 30 km (19 miles) into Syria under an accord reached on Tuesday by Russian president Vladimir Putin and Turkish leader Tayyip Erdogan.

It also seals the return of Russia’s ally President Bashar al-Assad’s forces along the northeastern border for the first time in years.

In an address from the White House, Trump said on Wednesday the United States was immediately lifting the sanctions it had imposed on Turkish officials and ministries in response to the cross-border assault.

“Early this morning, the government of Turkey informed my administration that they would be stopping combat and their offensive in Syria, and making the ceasefire permanent,” Trump said, adding that he had given instructions to lift sanctions on Ankara “unless something happens that we are not happy with.”

Turkey‘s military operation was widely condemned by its NATO and European Union allies, who said it was causing a new humanitarian crisis in Syria’s eight-year conflict and could allow Islamic State prisoners being held by the YPG to escape and regroup.

Despite harsh criticism of his retreat from Syria, including from leaders in his own Republican party, Trump defended his decision, stating “let someone else fight over this long bloodstained sand.”

Kobani is of special significance to the Kurdish fighters, who fought off Islamic State militants trying to seize the city in 2014-15 in one of the fiercest battles of Syria’s conflict.

Trump made no mention of Russia moving into the void on Wednesday but his critics pounced, with Democratic Senator Chris Van Hollen saying “Trump’s celebration of the Putin-Erdogan deal represents his total surrender of American leadership.”

But Trump also said a small number of U.S. troops will remain in the area “where they have the oil,” a reference to oil fields in the Kurdish-controlled region. “We’ll be deciding what we’re going to do with it in the future,” he said.

A complete pullout of the YPG, which Ankara considers terrorists because of their links to insurgents inside Turkey, would mark a victory for Erdogan who has said he is seeking to create a “safe zone” for the return of Syrian refugees.

Next Tuesday, Russian and Turkish forces will jointly start to patrol a 10 km (6 mile) strip of land in northeast Syria where U.S. troops had long been deployed along with their former Kurdish allies.

Kurdish militia commanders have yet to respond to the deal reached in Russia’s Black Sea resort of Sochi, and it was not immediately clear how their withdrawal could be enforced.

Kremlin spokesman Dmitry Peskov said if Kurdish forces did not retreat, Syrian border guards and Russian military police would have to fall back. “And remaining Kurdish formations would then fall under the weight of the Turkish army,” he said.

In a swipe at Washington, which has called into question how the deal will be guaranteed, Peskov said: “Now they (the Americans) prefer to leave the Kurds at the border and almost force them to fight the Turks.”

The Kurdish-led SDF were Washington’s main allies in the fight to dismantle Islamic State’s self-declared caliphate in Syria. SDF commander Mazloum Abdi said on Wednesday that Trump had promised to maintain long-term support for the Kurdish-led forces.

In a sign of growing ties between Ankara and Moscow, the head of Russia’s defence sales agency was quoted by Interfax news agency as saying Moscow could deliver more S-400 missile defence systems to Turkey.

Turkey, a NATO member, has already been frozen out of a programme to buy and help produce F-35 jets and faces possible U.S. sanctions for buying the S-400 systems, which Washington says are incompatible with NATO’s defences and threaten the F-35 if operated near the stealth fighter.

In an interview with Reuters, Defence Minister Hulusi Akar said the disagreements over the F-35 could be overcome. Despite criticism from allies over the Syria incursion and its growing ties with Moscow, Turkey remained at the heart of NATO, he said.

“We are at the centre of NATO, and we remain determined to carry out all of our responsibilities fully. We are going nowhere,” he said.

Ahead of a meeting of NATO defense ministers on Thursday in Brussels, the United States and NATO cautiously welcomed a German proposal for a security zone in northern Syria, though U.S. Ambassador to NATO Kay Bailey Hutchison said Europe should take charge of it and not U.S. forces.

Hutchison also called for an inquiry into whether war crimes were committed during Turkey‘s offensive.

In Washington, special envoy for Syria James Jeffrey told lawmakers that U.S. forces had seen evidence of such crimes during Turkey‘s offensive and had demanded an explanation from Ankara.

There is no indication that Turkish forces have attacked local populations as feared by critics, a senior Trump administration official said.