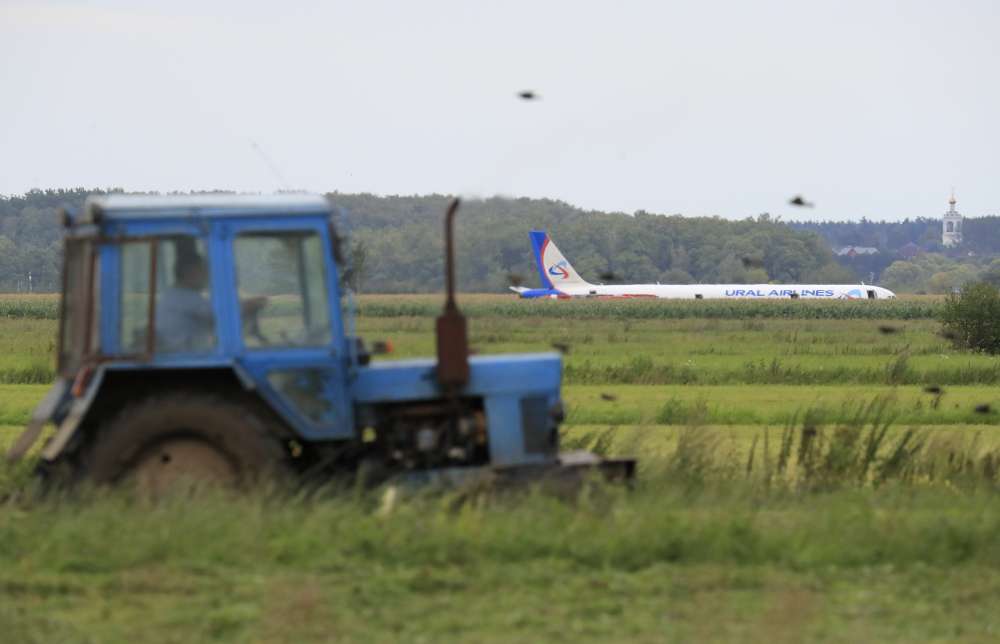 A Russian pilot who landed a passenger plane in a cornfield after hitting a flock of birds said he was no hero despite the Kremlin lauding him for saving the lives of 233 people.

Russian media have said it was a miracle that no one was killed when the Ural Airlines Airbus 321 was forced to land on Thursday in a field on the outskirts of Moscow less than two minutes after it took off from Zhukovsky International Airport.

“I did what I had to do,” said Damir Yusupov, the captain who guided the Airbus down. “I saved the plane, the passengers, the crew. I think that was the only decision. I don’t think I’m a hero.”

“There was no fear or dread,” he was also quoted as saying by Interfax news agency.

The plane was carrying 233 people en route to Simferopol in Crimea. More than 70 passengers were treated for injuries following the emergency landing but nobody was killed. The Kremlin has lauded the pilots for their handling of the aircraft and promised to give them state awards.

A second pilot, Georgy Murzin, was receiving treatment in a hospital on Friday for a bruised chest, the RIA news agency reported.

Russia’s natural resources watchdog said late on Thursday it had identified an illegal rubbish dump roughly two kilometres from Zhukovsky International, which is southeast of Moscow, as being the possible home of the birds which caused the emergency landing.

Officials from the watchdog and the ecology ministry were due to check the site as well as others nearby, RIA news agency reported.