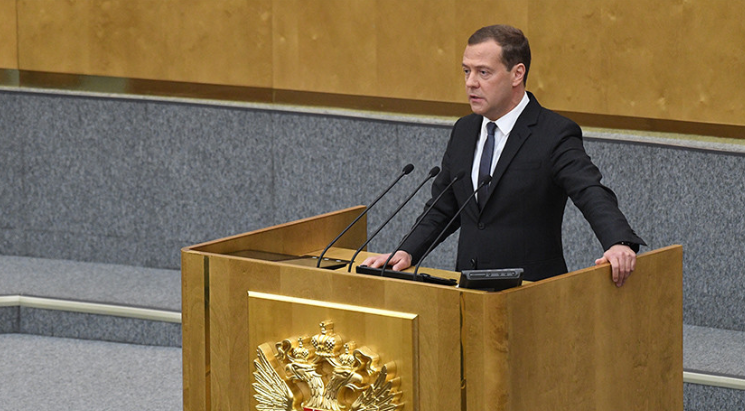 Of 433 lawmakers who were present at the Tuesday session of the State Duma, 374 voted in favor of Medvedev’s candidacy and 56 voted against. There were no abstentions. Earlier, representatives of the Communist Party of the Russian Federation and the center-left party Fair Russia said they would not vote for Medvedev as PM as they considered the cabinet’s performance over the past years as extremely poor.

In accordance with Russian law, Medvedev’s government was dismissed after Vladimir Putin was sworn in as president on Monday, but all of its members continue to work until the new cabinet is formed. Also on Monday, Putin nominated Medvedev as prime minister, and the State Duma set the vote for Tuesday.

Dmitry Medvedev, 52, chaired the Russian government for the duration of Putin’s previous presidential term, from 2012. Before that, he served as Russian president for four years while Putin headed the government.

After being confirmed as prime minister, Medvedev has a week to present to the president his proposals on the structure of the new government, along with candidates for major cabinet posts. He already named several candidates for deputy positions at a Monday meeting with leaders of the parliamentary majority party United Russia.

Medvedev noted that he is only proposing candidates for key posts in the government now and will nominate others later.