Russian involved in fatal collision pleads not guilty to manslaughter 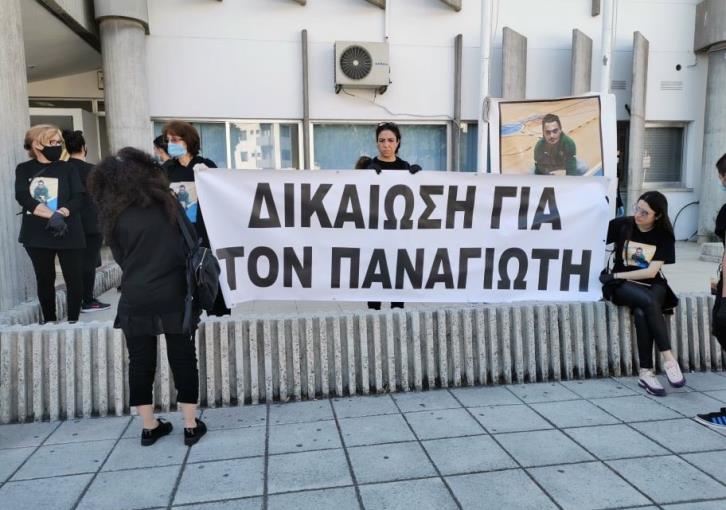 A 50 year old Russian involved in a fatal collision which killed 27 year old Panayiotis Christoforou appeared before Limassol Criminal Court on Wednesday and pleaded not guilty to manslaughter.

The defendant pleaded guilty to the other charges   — causing death by reckless action, driving in a way which endangers life, driving under the influence of alcohol and violating a traffic signal.

The court set the case for June 29, 30 and July 1. The defendant remains in custody.

Relatives and friends of the victim gathered outside the court this morning wearing black and holding signs asking for justice for Panayiotis.

The fatal accident occurred at around 1 am on November 28 near Moutayiaka on the Nicosia-Limassol highway when the car driven by the defendant rammed into the back of the car driven by Christoforou, killing the father of a young child instantly.

A police reconstruction of the accident indicates he was driving between 180 and 190 km an hour.

Blood tests had shown a high level of alcohol and traces of sleeping pills in the Russian’s blood.

Tests on the victim showed no trace of alcohol or other substances.

The 50-year-old had initially told police that he had no recollection of the accident, but after his arrest for manslaughter opted to exercise his right to remain silent.

He was arrested immediately after the accident but was hospitalised for his injuries. He was arrested again soon after his release from hospital for manslaughter.

A post-mortem examination carried out on the victim showed horrific injuries from the violent collision – including a severed thoracic aorta, fractures in the neck and spine and multiple ruptures of the lungs.

By In Cyprus
Previous articleCovid-19: A round-up of the latest developments in Cyprus
Next article21 year old remanded for premeditated murder