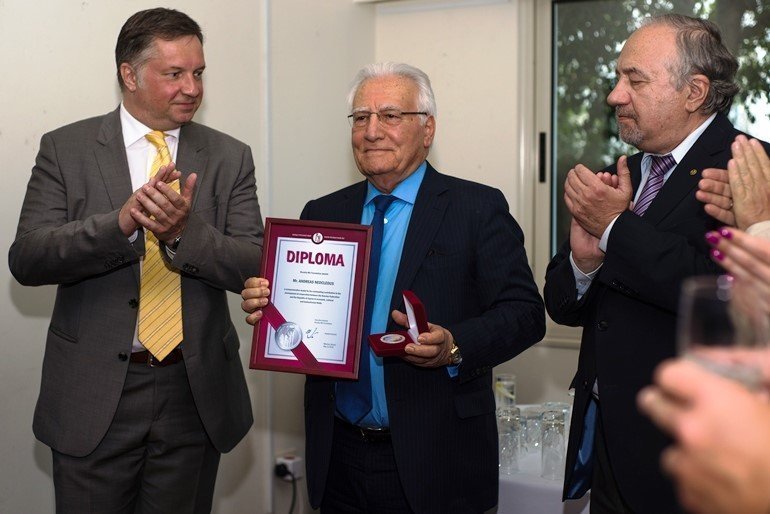 A gala evening dedicated to the 5th anniversary of the Russian House, during which the Russian Centre was opened, was held in Limassol. The evening was attended by members of parliament from the three leading parties of the Republic of Cyprus, diplomats, businessmen.

“When we created the Russian House as a non-governmental organisation, we set a difficult goal: to be useful to people, to promote the development of cultural ties between Russia and Cyprus, to maintain and preserve Russian culture, ” said Roman Vavilov, opening the evening.

“Over the past five years, I believe that we have managed to accomplish this task. Every year, about two and a half thousand compatriots and Cypriots come to concerts, exhibitions, meetings with artists and poets. For the second year, the Russian Centre of the Russian World Foundation and the National University of Culture have been successfully operating at the Russian House.”

In a welcoming speech, the mayor of Limassol, Nicos Nicolaides, noted that the activities of the Russian House are very noticeable in Limassol and bear a positive charge. “We appreciate our cooperation and will try to fully develop it ,” he said. Ambassador Marios Ieronymides conveyed congratulations from Foreign Minister Nicos Christodoulides, which also contains a positive assessment of the work of the Russian House in the cultural field.

At the evening, the special representative of the Russkiy Mir Foundation, Nikolay Sergeichev, presented the diploma and a commemorative medal to the fund’s well-known patron of arts and lawyer Andreas Neocleous in Cyprus for his significant contribution to the development of cultural and economic relations between Cyprus and Russia, for supporting the activities of the Russian Centre and the Russian House in Limassol .

In response, Andreas Neocleous thanked the Russian World Foundation. “I have always loved and love Russia, the Russian people and will try to be useful to our common cause – the positive development of bilateral relations between Cyprus and Russia ,” he concluded