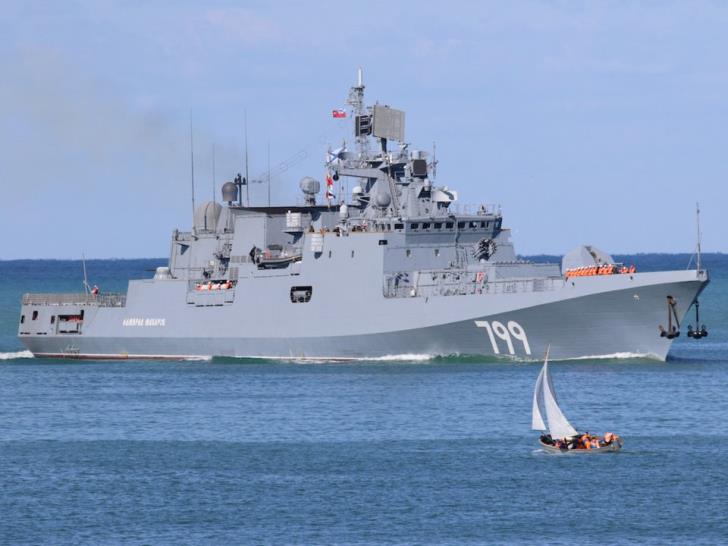 “The Black Sea Fleet frigate Admiral Makarov accomplishing missions as part of the Russian Navy’s permanent taskforce in the distant maritime zone has made a business call at the port of Limassol in the Republic of Cyprus. The Black Sea Fleet ship will replenish necessary supplies while the crew will go on a tour of the city’s historical sites in their free time,” the press office said in a statement on Thursday.

After replenishing the supplies, the ship’s crew will continue its missions as part of the Russian Navy’s permanent Mediterranean taskforce.

Before that, the frigate held drills as part of the Black Sea Fleet’s naval group with the Algerian Navy to practice joint measures for ensuring safety at sea, during which the ships’ crews exercised control of civilian shipping with inspections of the vessels suspected of piracy and illegal economic activity.

The Admiral Makarov is the third Project 11356 blue-water frigate named after Imperial Russian Navy Commander, Oceanographer and Vice-Admiral Stepan Makarov. The latest frigate was delivered to the Navy and the naval flag was hoisted on the warship on December 27, 2017.

The Project 11356 frigates have a displacement of 4,000 tonnes, a length of 124.8 metres, a speed of 30 knots and their sea endurance is 30 days. They are armed with Kalibr-NK cruise missiles, Shtil-1 surface-to-air missile complexes, A-190 100mm artillery guns, air defence artillery, rocket launchers and torpedoes and can also carry a deck-based Kamov Ka-27 (or Ka-31) helicopter, Tass said.

The Admiral Makarov also stopped for resupplies at Limassol in February.

By In Cyprus
Previous articleΜπέμπα: fresh and delicious with Greek twist
Next articleItaly uncovers plot to create new Nazi party