Russian financier sought by investors ‘may be in Cyprus’ – reports 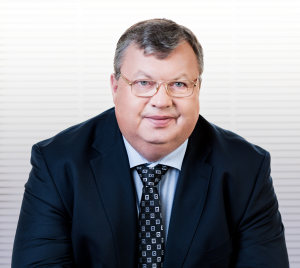 A Russian asset-manager being sought by disgruntled investors may be in Cyprus, Bloomberg has reported.

It said that German Lillevyali, who runs the GL network of companies, has left Russia but his whereabouts are unknown. The  GL Financial Group, a Swiss- and UK-licensed asset manager with affiliates in Moscow, Zurich, Geneva, London, Cyprus and Belize, was managing at least $250 million of assets at the end of last year, the agency said. According to Bloomberg, offices have shut and dismayed investors are trying to get their money back.

It said that in a Facebook message seeking to calm investors posted under his name on April 20, purportedly from Cyprus, Lillevyali promised investors their money is safe. But according to Bloomberg, Lillevyali, said the Facebook post was fake, deepening the mystery on his whereabouts. Disgruntled clients are reported to include an executive who works for billionaire Oleg Deripaska, top managers at Swiss pharma giant Novartis and San Francisco-based Levi Strauss & Co., and even a professional soccer goalie, it added.

Lillevyali has links with Cyprus. He is chairman of GreenCyprus.Com a non-profit organisation, which according to its website  is dedicated to the reforestation of the island. The group’s most recent tree planting event was held on 24 March. According to the site more than 2000 trees have been planted after two planting seasons in 2017 and 2018 on the coastline of ‘Petra tou Romiou’ (Aphrodite’s Rock).

This story of  the financial firm’s unravelling is being scrutinised by regulators in Britain and Switzerland, Bloomberg added.

Lillevyali  has rejected any suggestion that he lost or is withholding client funds. He said the most he ever had under management was about $140 million and that about $35 million belonging to about 30 people is now frozen, mainly due to “compliance issues” related to sanctions.  He said “a large number” of customers are getting repaid.