Russian Ambassador: SputnikV efficacy at 91.8% in elderly, EU to examine vaccine this month 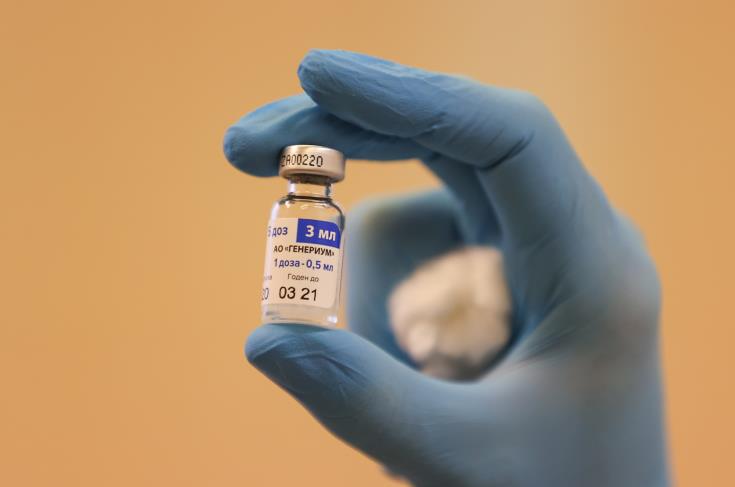 The first Russian vaccine against COVID-19, SputnikV, named after the first artificial space satellite in history, has been approved so far in 23 countries and it is expected that the EU will examine its application this month, Russian Ambassador to Cyprus, Stanislav Osadchiy, told the Cyprus News Agency.

Replying to questions on the first vaccine against COVID-19, he said that the efficacy of Sputnik V reaches 91.6%, while among volunteers over the age of 60 it reaches 91.8%. The vaccine, he said, was also approved for the elderly, noting that coronavirus antibodies after being vaccinated with “Sputnik V” have been detected in 98% of those vaccinated according to the peer-reviewed general medical journal The Lancet.

As regards the number of those vaccinated, he said that according to data at the beginning of February, around 2 million people have been vaccinated in Russia, including around 400,000 residents of Moscow.

He said that on the 20th of January 2021 the Russian Direct Investment Fund submitted an application for the vaccine to be approved by the EU. The Fund, he added, expects the examination procedure to begin this month.

Replying to questions, the Ambassador said that at this stage the political situation is unfortunately interfering everywhere, but recalled the statement made by the Austrian Chancellor, who said that the only important thing as regards the vaccines is their effectiveness, safety and swift availability, and not geopolitical struggles.

The Sputnik V vaccine will be produced in India, Brazil, China and South Korea to supply the world market. The cost and price for one dose for foreign markets will be around 9 euros.

So far, he said,  a number of European Union member states – Austria, Slovakia, Germany have expressed their interest in the Russian vaccine, while Hungary granted approval and is buying it.

In addition, Osadchiy recalled that a spokesman for German Saxony-Anhalt Premier Rainer Haseloff said that they would offer support to IDT Biologika company in case it wants to produce the Russian vaccine if approved in the EU.

The Ambassador added that according to the manufacturer of Sputnik V, the vaccine would be effective even against new coronavirus mutations, while immunity and resilience will last up to two years, maybe longer.

He recalled that a second vaccine was registered in Russia in October 2020. According to the results of the first and second clinical trials, the “EpiVacCorona” vaccine, has an efficacy which reaches 100%, he said, adding that the storage temperature is between +2 and +8 degrees Celsius.