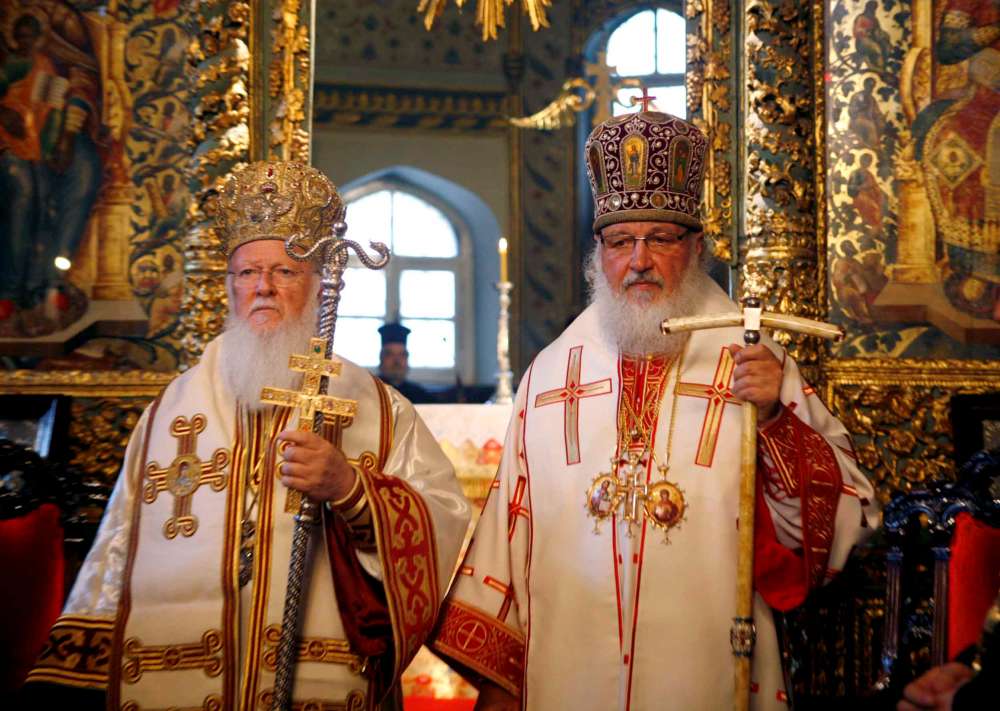 The Russian Orthodox Church said on Saturday it would respond firmly to the Istanbul-based Ecumenical Patriarchate over its decision to back Ukraine’s request to establish an independent, or “autocephalous”, Church.

Kiev sees the move, endorsed by a synod meeting in Istanbul on Thursday, as a vital step against Moscow’s meddling in its affairs, but the Russian clergy fiercely opposes it as the biggest split in Christendom in 1,000 years.

Alexander Volkov, spokesman for Russian Orthodox Patriarch Kirill, said the Holy Synod of the Church would “express its position”, without elaborating on what measures it might take.

“The Synod, which will convene in Minsk (on Monday), will give its final assessment,” Volkov told reporters.

“At any rate, the response will be in kind and tough,” he added.

Last month the Russian Orthodox Church announced it would no longer participate in structures chaired by the Ecumenical Patriarchate of Constantinople, deepening the row over the Ukrainian Church’s bid to break away from Moscow’s orbit.

The long-running dispute has worsened since 2014 when Russia annexed Ukraine’s Crimean peninsula and gave support to pro-Moscow separatists in eastern Ukraine.

Arriving in Minsk on Saturday, Patriarch Kirill, who has close ties with Russian President Vladimir Putin, told reporters: “I hope the Orthodox Church will find the strength to overcome hardships… to stay united.”

The Kiev Patriarchate’s leader has been sharply critical of Putin and in 2014 suggested he was possessed by Satan.

By In Cyprus
Previous articleHeavy rain and hail in mountains, Troodos turns white (pictures)
Next articleTrump: ‘severe punishment’ for Saudi Arabia if Khashoggi was killed