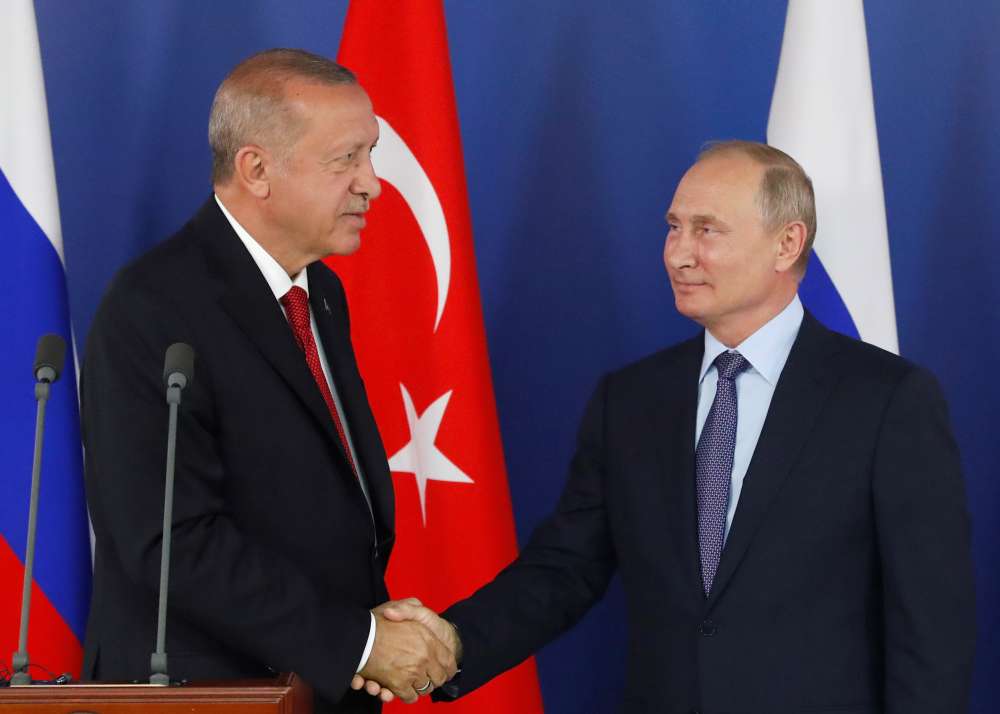 Russia and Turkey are discussing the possibility of deliveries of the Russian-made Sukhoi Su-57 stealth fighter jet and Su-35 aircraft to Turkey, the RIA news agency cited a Russian official as saying on Wednesday.

Russia began delivering S-400 missile systems to Turkey this year, in a step that strained ties with Ankara’s NATO allies and prompted Washington to begin removing Turkey from its programme for manufacturing F-35 jets, which Turkey also planned to buy.

The head of Russia’s Federal Service of Military-Technical Cooperation said he planned to discuss the S-400 missile defence system with a Turkish colleague later on Wednesday as well as “possibly deliveries of the Su-35 or Su-57”.

“Much interest has been shown, it’s early to talk of contract negotiations, there hasn’t been an application yet, consultations have to take place,” Dmitry Shugaev, the official, was quoted as saying.