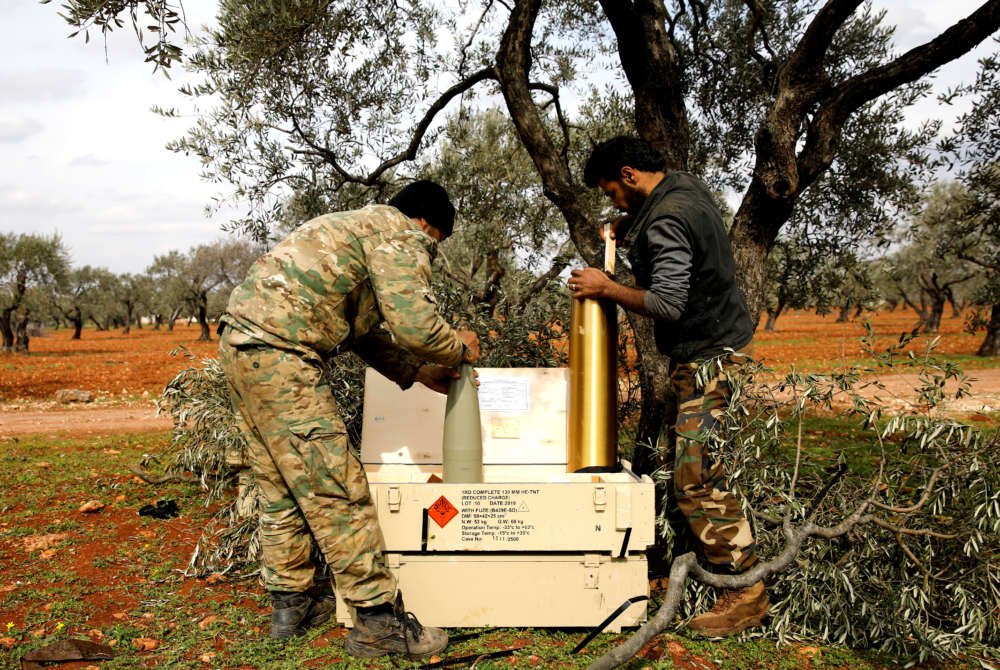 Russia on Friday said it was sending two warships armed with cruise missiles to waters off the Syrian coast and blamed Ankara for the killing of 33 Turkish soldiers in Syria’s Idlib region the previous day.

The killing of the Turkish soldiers on Thursday and the wounding of 32 others, announced by the governor in Turkey’s Hatay province bordering Syria, raised the Turkish military death toll in the region to 54 this month.

Turkey has sent thousands of troops and heavy military hardware into Syria and Erdogan has warned that Turkey will launch a full-scale offensive to repel Syrian forces unless they pull back from Turkish observation posts in the region.

Responding to Thursday’s killings, a senior Turkish official said on Friday that Ankara would no longer stop Syrian refugees from reaching Europe. Turkey blamed an air strike by Syrian government forces for the deaths.

Russia’s Defence Ministry was cited by the RIA news agency on Friday however as saying that the Turkish troops had been hit by artillery fire from Syrian government forces who were trying to repel an offensive by rebel forces.

It was quoted as saying that Ankara had failed to notify Moscow of the presence of Turkish troops in the area hit by shelling despite being in regular communication with the Russian military.

The Turkish troops had been deployed directly alongside anti-government rebels, the ministry was cited as saying. But according to information provided by Turkey there were no Turkish troops in the area and Russia said that Turkish forces “shouldn’t have been there.”

Russian war planes did not carry out any air strikes in the area at the time of the incident and Moscow did everything it could to help once it learnt of the Turkish troop presence, the ministry was cited as saying.

That included ensuring Syrian forces stopped shelling to allow Turkey to evacuate its dead and wounded.

Separately, and as tensions between Ankara and Damascus rose, Russia’s Black Sea Fleet was cited by the Interfax news agency on Friday as saying it was sending two warships equipped with Kalibr cruise missiles to waters off the Syrian coast.