Russia opens terrorism investigation after teenager blows himself up 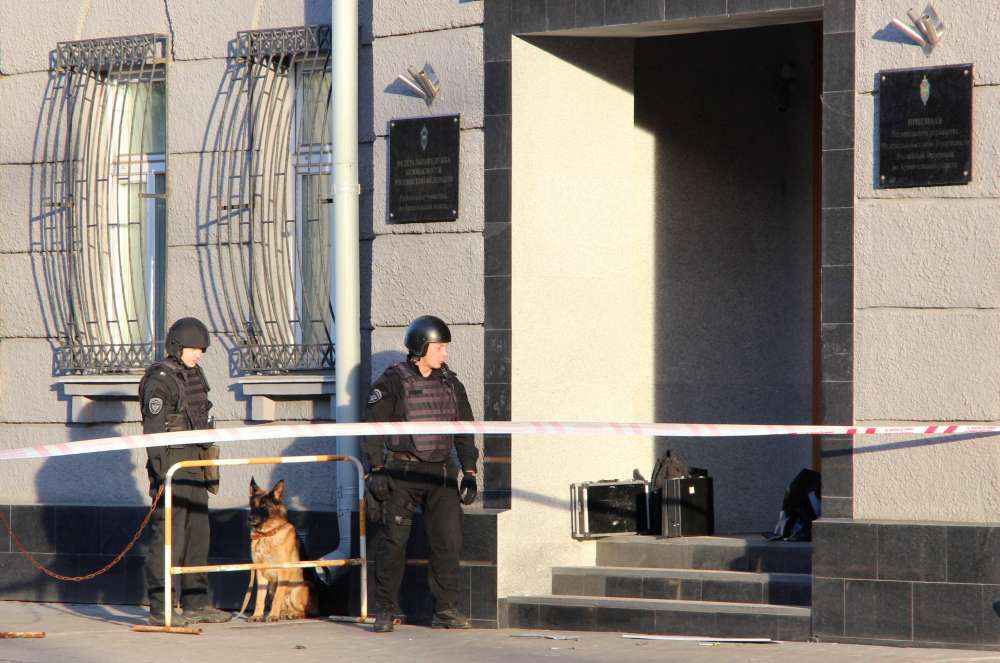 Russia opened an investigation into suspected terrorism after a 17-year-old youth blew himself up on Wednesday in the lobby of an office belonging to Russia’s Federal Security Service (FSB) in the north of the country.

Russia’s Investigative Committee said the unnamed teenager had detonated a homemade bomb in the lobby of the FSB, the country’s main domestic security and intelligence service, in the city of Arkhangelsk. It said he had died on the spot.

Investigators said they had identified the teenager as a resident of the city, which is around 1,000 km (620 miles) north of Moscow, but did not name him.

Three FSB employees were wounded in the blast, the Investigative Committee said in a statement.

It published what it said was a CCTV image of the bomber in the lobby of the building. The picture showed a young man with his right hand inside a bag that he was holding with his left hand.

Russia’s Anti-Terrorist Committee said the teenager had removed the bomb from his bag which had then gone off in his hands shortly afterwards, fatally injuring him.

Violent attacks on the police and FSB occur regularly in Russia’s volatile North Caucasus region but are rare outside it.

Pictures posted on social media by witnesses after the blast showed what looked like a body lying on the floor outside the FSB building’s heavy wooden entrance doors.

A spokeswoman for the Investigative Committee said the investigation would be handled by Moscow and that Russia’s top investigator, Alexander Bastrykin, wanted the teenager’s motive and other details to be established as soon as possible.

Svetlana Petrenko, the spokeswoman, said the bomber’s flat was being searched and that his friends and close relatives were being questioned. She said checks would also be carried out to establish whether he was a member of any banned militant group.

Russian media had earlier published an unconfirmed warning posted on social media before the blast by someone purporting to be the bomber. The individual described himself as a communist anarchist and said he had decided to act because he said the FSB was fabricating cases and torturing people.

Earlier this month, an 18-year-old student killed at least 19 people and injured dozens at a college in the Black Sea region of Crimea. He went through the building randomly shooting at fellow pupils before killing himself.

By In Cyprus
Previous article€483,252 to 503 families from ‘Baby’s Dowry’ scheme
Next articleDefence Minister: Aim is to continue the Republic’s energy programme