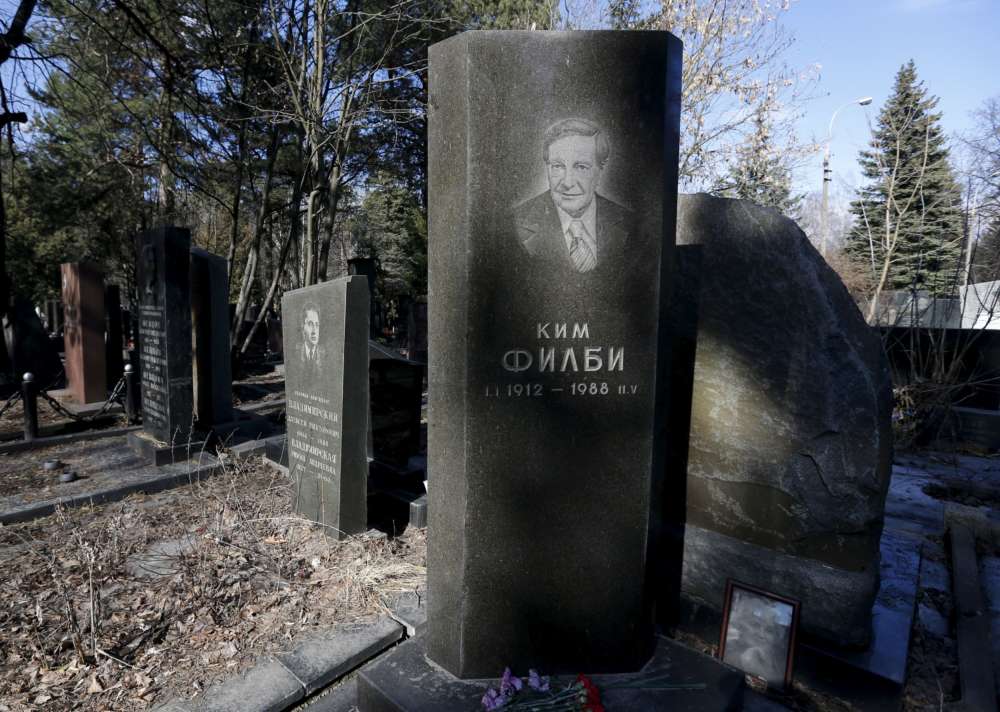 Russia on Friday honoured two members of the British “Cambridge Five” spy ring who passed information to the Soviet Union with a memorial plaque and a tribute from the head of Russia’s foreign intelligence service.

The plaque, unveiled on the day Russia celebrates the work of its security services, was dedicated to Guy Burgess and Donald Maclean and attached to the wall of the building where they lived from 1952-1955 in the city of Samara, then known as Kuibyshev.

The ceremony comes as relations between London and Moscow remain strained over everything from the 2018 poisoning in England of a former Russian spy and his daughter to Syria and Ukraine.

The shadowy world of the Cambridge spy ring, which was active from the 1930s until at least the early 1950s and also included Kim Philby, Anthony Blunt, and a fifth man, has long fascinated British audiences.

Burgess and Maclean, who were recruited by the Soviets at Cambridge University in the 1930s, worked under Philby at the British Embassy in Washington, before both defected to the Soviet Union in 1951.

Sergei Naryshkin, head of Russia’s SVR foreign intelligence service, praised Burgess and Maclean for their work in a letter, posted on social media by a lawmaker in Russia’s parliament, Alexander Khinshtein, who attended the unveiling.

“The ‘Cambridge Five’, having supplied Soviet intelligence with the most important information for more than 20 years, made a significant contribution to the victory over fascism, the protection of our strategic interests and ensuring the safety of our country,” the letter said.

Burgess and Maclean remained in the Soviet Union until their deaths in Moscow in 1963 and 1983 respectively.

The plaque reads: “In this building, from 1952-1955, lived Soviet intelligence officers, members of the ‘Cambridge Five’, Guy Francis Burgess and Donald Maclean.”

During Soviet times, Samara was named after Bolshevik revolutionary leader Valerian Kuybyshev. Off limits to foreigners, it was the secretive heart of the country’s space program.

Philby, seen as the “Cambridge Five” ringleader, was honoured with his own plaque in 2010 at the headquarters of the foreign intelligence service in Moscow.