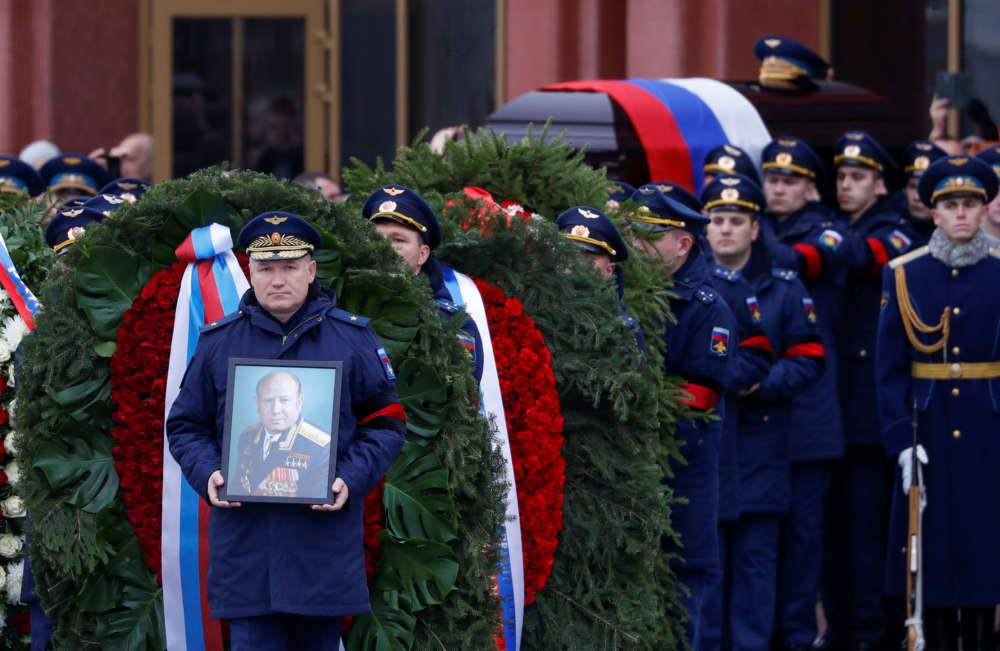 Hundreds of Russians bade farewell to cosmonaut Alexei Leonov, the first human to walk in space, at a solemn funeral ceremony on Tuesday which culminated in a gun salute.

The ceremony for Leonov, who died on Friday at the age of 85 after a long illness, was attended by Russia’s defence minister and prominent space exploration figures including 89-year-old former U.S. astronaut Thomas Stafford.

Though less well known internationally than Yuri Gagarin, the first man in space, Leonov was a household name in his native Russia and will be remembered in particular for his role in the 1965 Voskhod-2 mission.

During that flight, one of two he made into space, Leonov became the first human to walk in space, an episode that lasted 12 minutes and 9 seconds.

A frail Stafford delivered a speech in Russian at the ceremony in Moscow’s suburbs, during which he called Leonov “my colleague and friend” and said “Alexei, we will never forget you”.

In 1975, Stafford was commander of an Apollo spacecraft that docked with a Soyuz spacecraft commanded by Leonov in what was the first link-up of American and Russian space vehicles.

After several speeches, hundreds of Russians queued up to pay their respects and lay flowers by Leonov’s cask.

Leonov was twice dubbed a “Hero of the Soviet Union” – one of the Russian state’s most prestigious awards – and has a small crater on the Moon named after him. (Reuters)

By Annie Charalambous
Previous articleConstruction of sky-scrapers on Limassol’s sea front pollutes bathing waters
Next articleHow are businesses preparing for a “no-deal Brexit”?