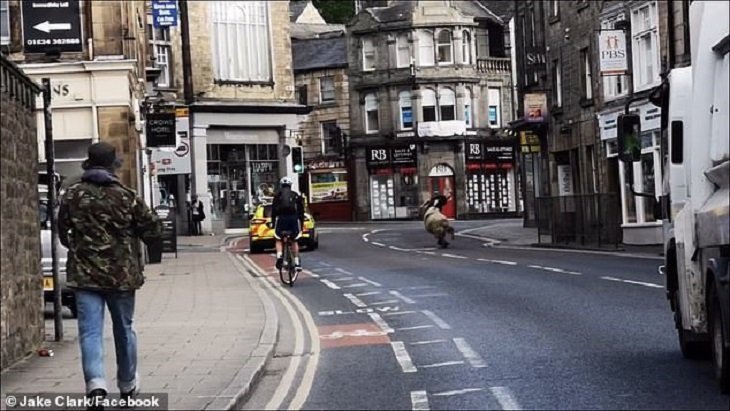 A rogue sheep was filmed by passersby attacking a police officer in Lancaster, UK this week.

In the footage, the ‘perpetrator’ is seen seen launching itself at a Lancashire Police dog handler who was trying to stop it.

The escaped sheep then darted past the officer, who climbs into his car to pursue his attacker down the street.

Despite giving the force the runaround, the troublemaker was eventually captured by police.

Lancashire Police’s dogs unit tweeted a picture of the assailant after it had been taken into custody.

Nobody was injured during the incident, it said.

First job of the day was to sight this running on Lancaster one way system, then followed a comedy moment as the sheep headbutted the dog handler ? If you have lost a sheep it’s safely in our custody and no sheep or dog handlers hurt during the process pic.twitter.com/ifYnOzSICJ