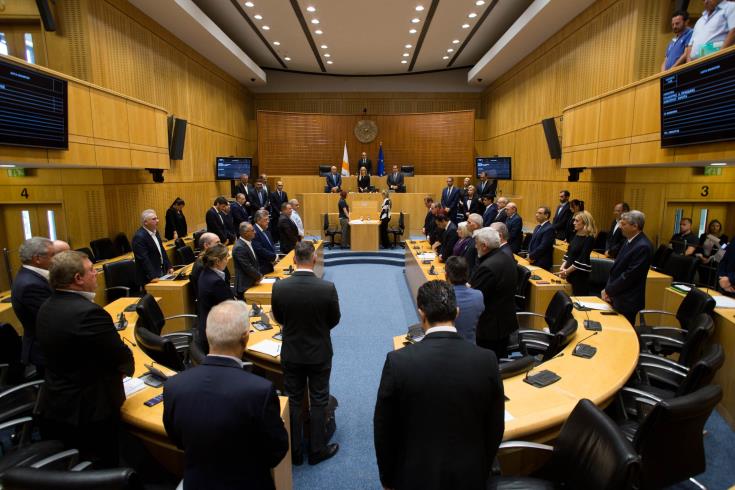 Ruling Disy on Wednesday joined forces with opposition parties when the 2020 state budget went to a plenary vote with the right-wingers also approving amendments providing for several funds to be withheld.

Disy went as far as to put the brakes on government plans to set up a single Labour Inspection Service which would have a total of 28 laws under its umbrella. All these bills  come under the Labour Ministry’s jurisdiction.

Specifically, Disy supported the specific amendment which was proposed by centre Diko MP Zaharias Koulias.  The single service’s goal is to combat undeclared employment and safeguard the rights of labourers. It would also be granted European funds.

In addition to Disy, supporting Koulias’ amendment were all Diko MPs, except Angelos Votsis and Marinos Moushoutas, as well as socialist Edek, the Solidarity Movement and far-right Elam.

This specific issue was debated at the House for over two and a half years. And even though the bill tabled by the government was almost ready to go to a plenary vote, the Cyprus Chamber of Commerce and Industry and the Cyprus Employers federation called for a fresh round of talks the very last minute.

Disy not only withheld these funds but also ones towards the government-supported Estia mortgage plan and for new limousines for state officials.

Meanwhile, the 2020 state budget was approved with the support of Disy, Diko and the Solidarity Movement.  All other parties voted against it. As for proposed amendments, 28 out of a total of 57 were approved on Wednesday.

– €40 million to cover costs for the implementation of natural gas infrastructure.

– 50% of the €33 million allocation for the implementation of Estia plan.

-Rents for housing of ministries and state services. Excluded are rents paid by the Foreign Ministry for embassies and diplomatic missions. The withholding of funds is from April to December 2020.

-An amount of €4 million intended to cover the purchase of new limousines for government officials as well as new public service vehicles.

-The remuneration of aides of the President of the Republic, and funds allocated to ministers and deputy ministers for sponsoring events, entertainment etc.

By Annie Charalambous
Previous articlePaphos: Aegean launches flights to Athens
Next articlePolice urge drivers to be careful because of heavy rain