Rule change to facilitate revocation of passports from 29 investors 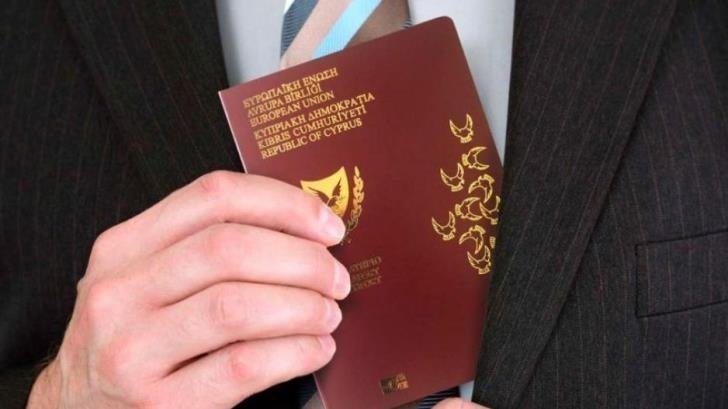 The government is preparing to revoke Cyprus citizenship from 29 investors as soon as the House of Representatives passes an amended bill approved by the Council of Ministers earlier this week, Antonis Antoniou reports for Phileleftheros.

The amendment gives the authorities the right to revoke citizenship, allowing them to go back 10 years to examine whether they violated some of the provisions included in the amended legislation.

The newspaper reports that the decision to revoke the citizenship from the 29 individuals was taken several months ago, but stalled because of a legal vacuum.

Under  the amended bill, citizenship can be revoked: in the event of a court conviction of more than five years for an offence in any country; for people wanted Interpol or Europol; for those who do not comply with the criteria and additional preconditions set out in the regulations; and finally people subject to international sanctions.

Phileleftheros says a special committee made up of the accountant general, the president of the Securities and Exchange Commission and a representative from the law office of the Republic have nearly completed the files for the revocation of the citizenship of the 29  individuals for whom a cabinet decision has already been taken.

But it adds that even with a new regime, the procedure is not expected to be easy as a number of the affected individuals have started preparing their line of defence.

The new rules approved by cabinet and sent to the House of Representatives for approval introduces additional checks throughout the citizenship process for investors, particularly as regards those providing the service. They set up a supervision and checks committee which will evolve from a unit currently operating under the finance ministry and which will be made of officials from the finance and justice committees and the general manager of Invest Cyprus.

It will draw up a register of service providers, an evolution from the current register which features 610 approved providers.

Providers must be natural or legal persons supervised by authorities included in the law on the prevention of money laundering.

Effectively, these are people supervised by the Securities and Exchange Commission, the Cyprus Bar Association and the Institute of Certified Public Accountants of Cyprus.

In this way, the providers will need to also bear in mind the provisions and penalties in the regulations and also in the much tougher law on money laundering.

The regulations include tough penalties both as regards the management of investors’ money and the way Cyprus’ citizenship by investment scheme is promoted. Failure to comply will be subject to a fine of up to €350,000.

Property developers, real estate agents and other companies that are not supervised by three watchdogs cited will not be able to offer such service directly.

Over and above the committee that will check the service providers for Cyprus’ citizenship by investment programme, a unit will be set up made up of Interior Ministry officials who will examine applications and monitor that those given citizenship by exception continue to comply with the conditions.

Criteria are a €2m investment and investors must hold for life a permanent residence in Cyprus worth at least €500,000.

If the application includes the investors’ parents, they can jointly buy a house worth at least €1m.

Cyprus has had a citizenship for investment plan in place since 2013, under which a minimum €2m investment can buy a passport and visa-free travel throughout the European Union.

The programme has gone through several transformations, and was overhauled in February 2019 with five different due diligence layers, compared to one in 2013.

The latest proposed changes were adopted by cabinet on Wednesday and have been sent to parliament for approval.

By In Cyprus
Previous articleLatest on the worldwide spread of the coronavirus
Next articleBA, easyJet and Ryanair launch legal action against UK quarantine