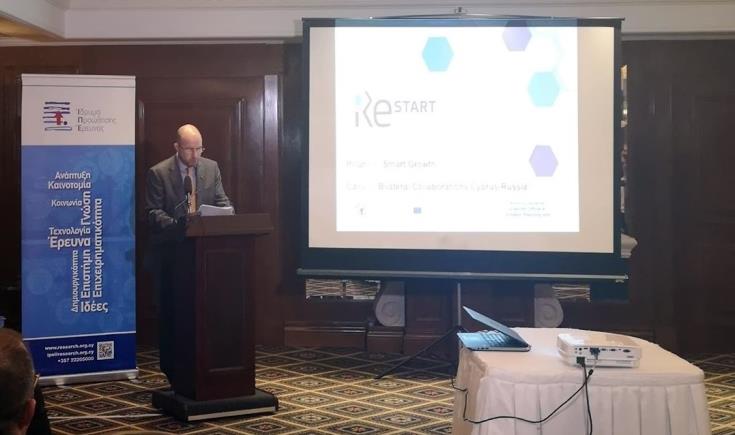 According to a relevant announcement, RPF is implementing the interstate agreement between Cyprus and Russia, by cooperating with Russia’s Foundation for Assistance to Small Innovative Enterprise (FASIE) and Russian Foundation for Basic Research (RFBR).

Funding is aimed at research and innovation projects coming from stakeholders in the two countries and is part of the programme for transnational partnerships.

During an event, RPF Director General Vassilis Tsakalos said that the agreement with the Russian Federation reflects a desire to strengthen and develop scientific cooperation on an equal footing and to mutual benefit.

Russian Ambassador to Cyprus Stanislav Osadhiy said Moscow always considered Cyprus as one of its trusted partners, adding that “despite international challenges, our multifaceted dialogue is being extended, with bright prospects.”

During that event, members of the scientific community, state officials and business people were briefed by RPF representatives about the funding opportunities provided by the two calls.