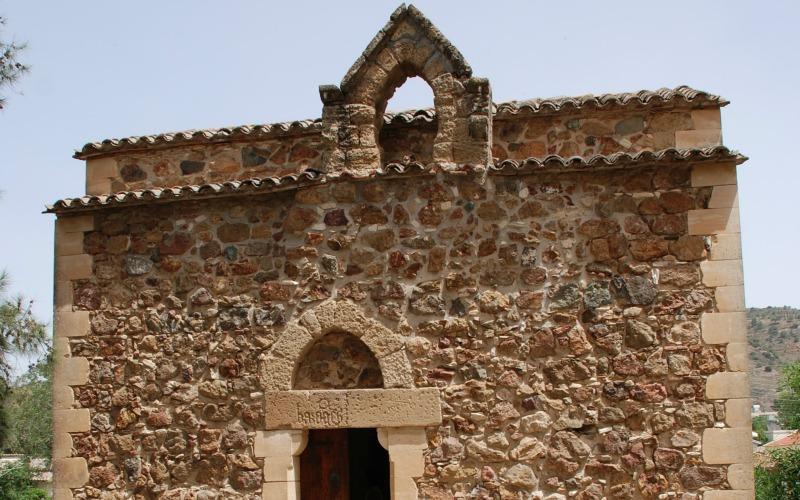 The “Royal Chapel” of Agia Aikaterini is situated off the Lefkosia-Lemesos motorway, at the west end of the village of Pyrga. It is built on a small barrow which overlooks a branch of the river Trimithos. According to an inscription, which is lost today, the Chapel was built and decorated with wall-paintings in 1421/22. It must be noted that it is justly argued by some researchers that the chapel was dedicated to the Passion of the Saviour. The chapel is a small, single-aisled vaulted structure without an apse. In the past there existed a portico that enclosed it on all sides except for the east side. Up to the end of the 19th century the ruins of a manor house or a monastery attached to the chapel were visible. Today only traces of these survive.

Originally, the chapel was entirely painted, as are the Byzantine churches of the Troodos mountain range. However, many of the wall -paintings were destroyed in the course of time. In the contemporary orthodox churches of Cyprus, we observe a style where the Byzantine elements are mixed with western ones, but it is the former which prevail. With the “Royal Chapel” we realize that the aforementioned style also appearsin Latin monuments. It might be the case that the painter was a Greek who used some western elements for the decoration of this chapel. Moreover, the French inscriptions are written in a phonetic way, so we assume that the painter had learnt the language acoustically.

At the lower part of the Crucifixion scene one can see two crowned figures kneeling in front of the cross. These could be identified as King Janus Lusignan (1398-1432) and his second wife Charlotte de Bourbon. A figure kneeling by the feet of Jesus at the scene of the Entombment could be Hugh Lusignan, brother of Janus and Latin bishop of Nicosia.

Included in the mural decoration of the chapel is a series of coats-of-arms of the medieval Kingdom of Cyprus, as well as graffiti carved into the frescoed walls. The graffiti belongs to various pilgrims and travellers, and the dates they bear fall within the period between the 15th and the 16th century. 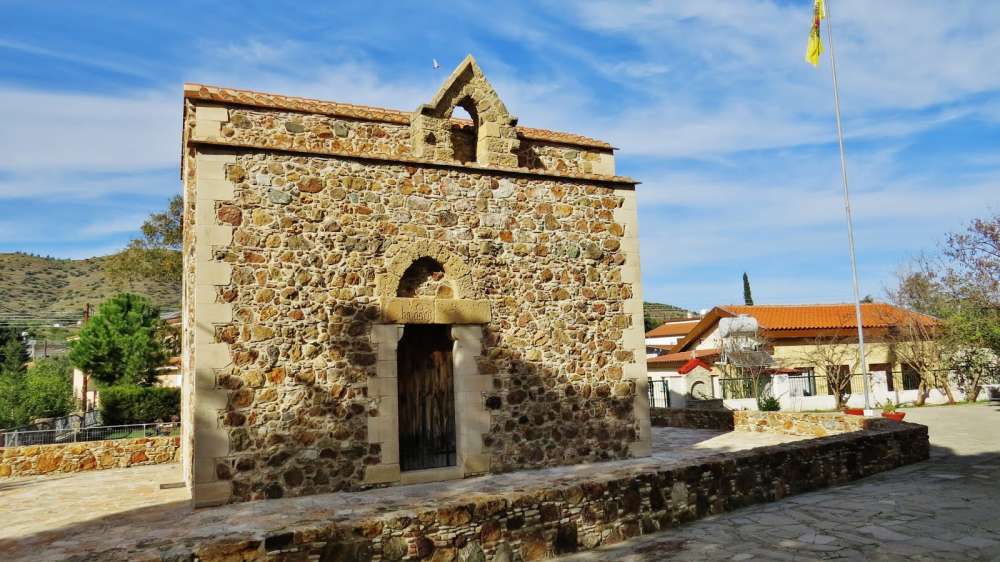