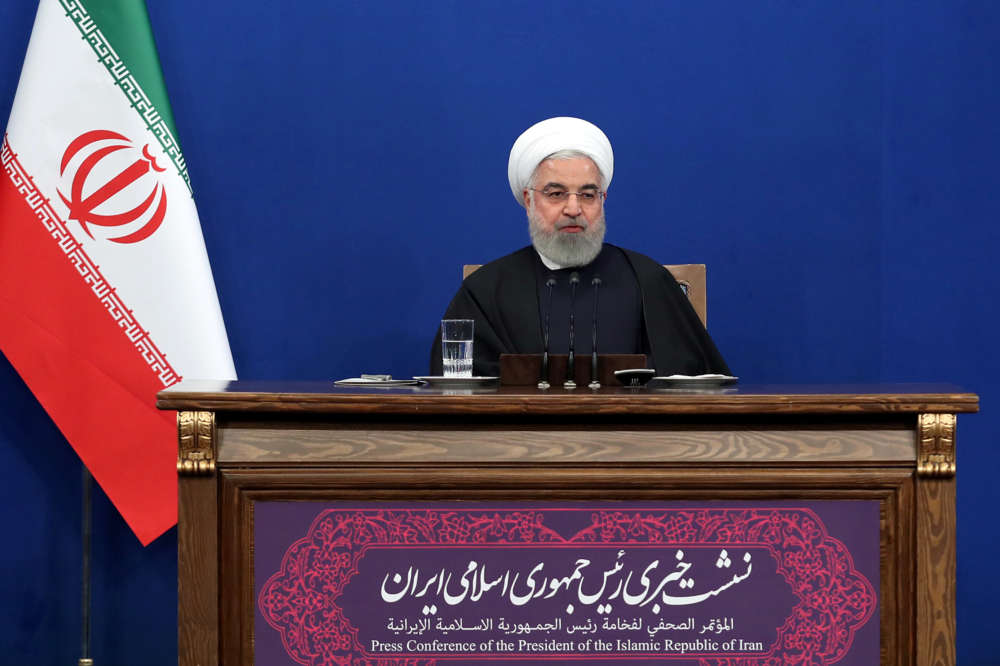 Iran will never hold talks with the United States under pressure, President Hassan Rouhani said on Sunday, adding that Tehran’s help was essential in establishing security in the Middle East.

Relations between Tehran and Washington reached crisis point in 2018 after U.S. President Donald Trump abandoned a 2015 pact between Iran and world powers under which Tehran accepted curbs to its nuclear programme in return for the lifting of sanctions.

Trump has adopted a policy of “maximum pressure” to force Tehran to negotiate a broader deal that further curbs Iran’s nuclear work, ends its missile programme and its involvement in regional proxy wars.

“Iran will never negotiate under pressure … We will never yield to America’s pressure and we will not negotiate from a position of weakness,” Rouhani said in a televised news conference.

Although the reimposed U.S. sanctions have crippled Iran’s economy, slashing its oil exports, Tehran has repeatedly dismissed talks over any new deal, saying they are possible only if the United States returns to the pact and lifts trade curbs.

“America’s ‘maximum pressure’ towards Iran is doomed to failure … our enemy (the United States) is very well aware that their pressure is inefficient,” Rouhani said.

Iran has been involved in decades of regional proxy wars with its key regional rival Saudi Arabia, from Syria to Iraq. European and Arab states have since scrambled to avert a full-fledged conflict between the two sides.

“Securing peace and stability in the sensitive region of Middle East and in the Persian Gulf is impossible without Iran’s help,” Rouhani said.

“Several countries have delivered messages to us (from Saudi Arabia) … we don’t have issues with Saudi Arabia that cannot be resolved,” he said.

Iranian Foreign Minister Mohammad Javad Zarif said on Saturday Riyadh had contacted Iran after the killing of Soleimani, but when Iran had responded the contact had ended. He suggested the United States had pressured Riyadh.

Zarif’s comments were dismissed by his Saudi counterpart Prince Faisal bin Farhan Al Saud who said there had been neither private messages nor direct contacts between the two countries.

By In Cyprus
Previous articleAttacks in Syria’s Idlib must stop, Turkey tells Russia
Next articleWork in Nicosia’s main square could finish in three months, mayor says