Ronaldo has received offer to sign for Juventus – source 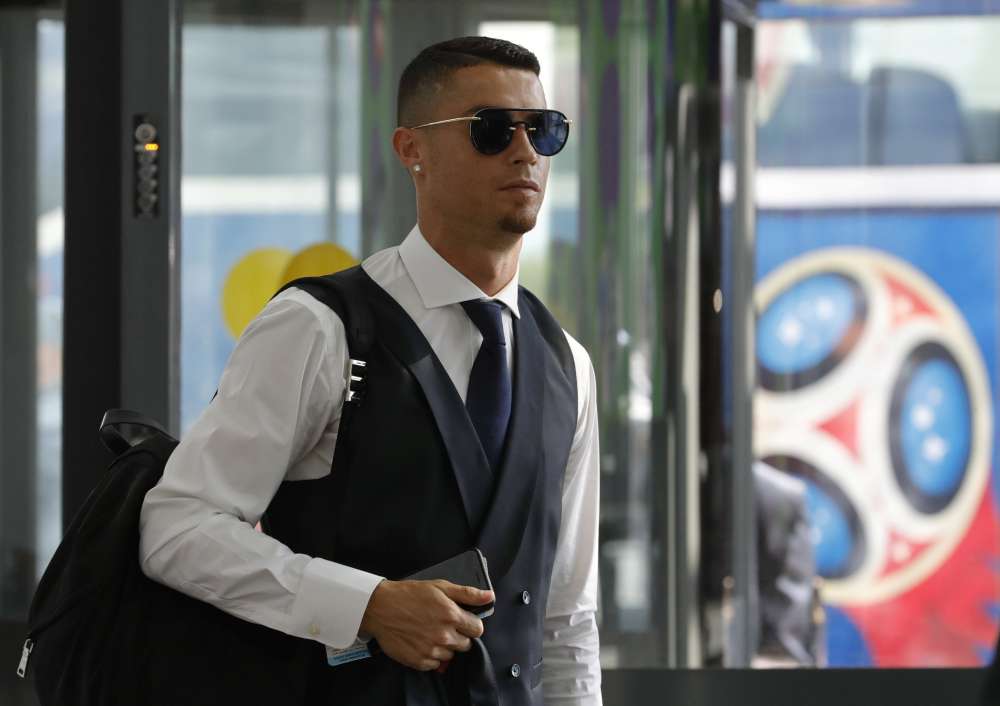 Cristiano Ronaldo has received an offer to leave Real Madrid and join Italian champions Juventus, a source close to the player told Reuters on Wednesday.

Ronaldo, who joined Real from Manchester United in 2008 for a then world record 80 million pounds ($105.65 million), is the Spanish club’s all-time top scorer with 451 goals in all competitions and has won two La Liga titles and four Champions League trophies with them.

Despite the glut of silverware, however, the five-times world player of the year has had frequent fallouts with Real and has declared on several occasions that he wants to leave the club.

Moments after lifting a third consecutive Champions League trophy by beating Liverpool 3-1 in the final on May 26, Ronaldo appeared to suggest he had already decided to leave Real, telling a television reporter on the pitch at Kiev’s NSC Olympic Stadium: “It was beautiful to play for Real Madrid.”

Ronaldo, 33, appeared to backtrack on that statement during Real’s celebration parade through the Spanish capital the next day, when he told a mass of supporters: “See you next season.”

The Portugal forward was reported to be on the verge of leaving last June after a news story appeared in Portuguese newspaper Record declaring he was unhappy with the club.

He also caused a stir in 2012 when he declared in a post-match interview after a game with Granada: “I’m sad and the club know why.”

Spanish newspaper Marca suggested on Wednesday that Ronaldo is unhappy at Real because they are searching for a successor to him and president Florentino Perez has publicly courted Paris St Germain forward Neymar, urging the Brazilian last year to come to Madrid if he wants to win the prestigious Ballon d’Or award.

Ronaldo scored two goals against Juventus in Real’s 4-1 win in the 2017 Champions League and struck a jaw-dropping bicycle kick against the Italians in a 3-0 win in a quarter-final first leg game in Turin which prompted Juve supporters to give him a standing ovation.

The Portuguese converted a stoppage-time penalty in the second leg to knock the Italians out 4-3 on aggregate.

Ronaldo had an explosive start to the 2018 World Cup by scoring a hat-trick in his side’s 3-3 draw with Spain and he hit the winning goal in a 1-0 win over Morocco. He missed a penalty in a 1-1 draw with Iran and failed to score in his side’s 2-1 defeat by Uruguay in the last 16.