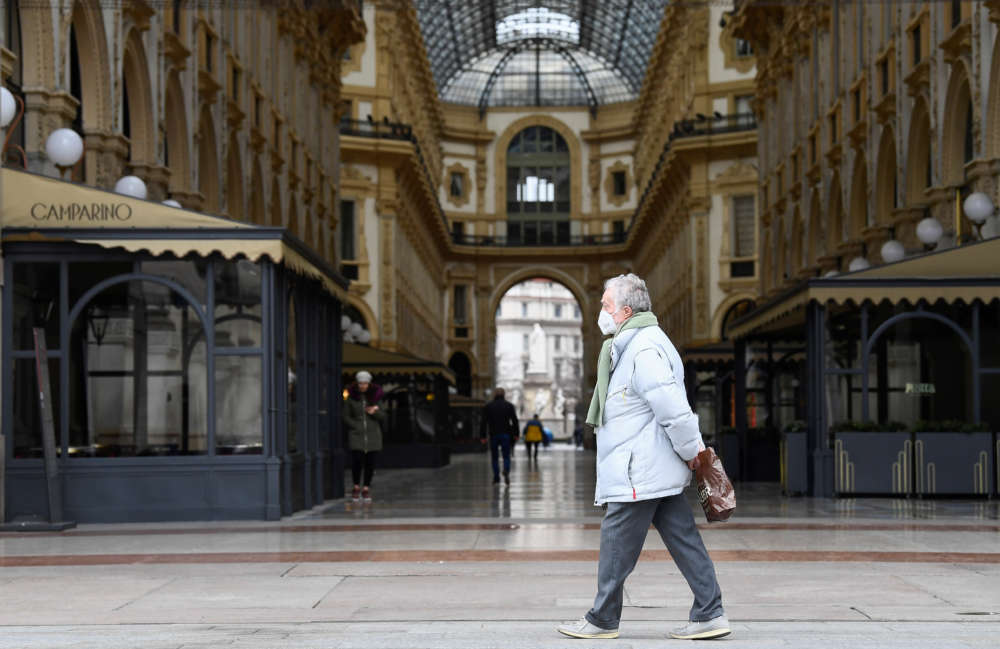 Rome’s main airport will close one of its two terminals, while its second airport is shutting to passenger traffic, officials said on Thursday, after thousands of flights were cancelled due to the coronavirus.

The Italian authorities are also considering shutting Milan’s Linate airport, currently being used for national flights, as well as an unspecified number of regional airports to try to halt the contagion, a government source said.

Rome Fiumicino will close its main terminal on March 17, Aeroporti di Roma said in a statement, while Ciampino airport, used by budget airlines, will close on March 14.

Flights in and out of both airports have already slowed to a trickle with the departure board at Fiumicino awash with “cancelled” signs on Thursday, and its normally packed car parks almost deserted.

Italy is the worst affected country in Europe from the coronavirus, with 827 deaths and 12,462 confirmed cases. The rapid spread of the illness has persuaded many countries to cut travel links, while many foreign airliners, including Easy Jet and British Airways, have shuttered their operations.

Sureema Suarez, a resident of Puerto Rico, a U.S. territory, had to change her travel plans in a hurry. “I booked a flight for Paris because Trump cancelled the flights last night … so I have to stop over to get to Puerto Rico.”

Other people came back to Italy to sit out the storm.