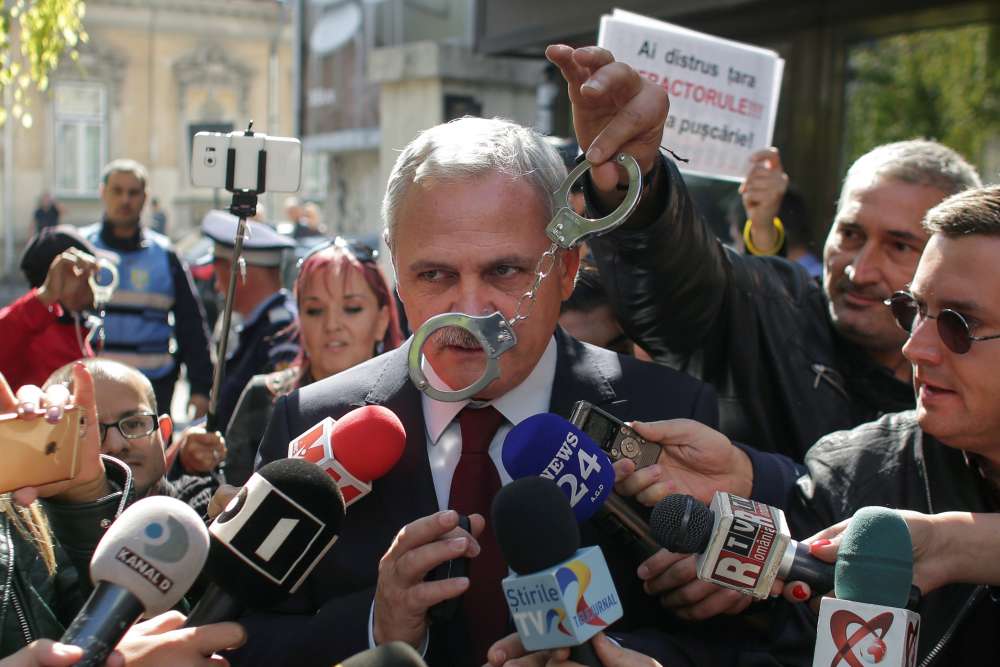 Since coming to power in late 2016, the Social Democrats have steadily chipped away at the independence of the judiciary, raising sharp criticism from the European Union and triggering Romania’s largest street protests in decades.

The Supreme Court found 56-year-old Dragnea, who is also speaker of the lower house of parliament, guilty of keeping two women on the payroll of a child protection state agency for years even though they were working for his party.

He appealed against the initial verdict last year and was free pending the appeal, but Monday’s ruling was final and he was expected to go to prison later in the day.

Dragnea, who was the first PSD leader to come from outside the capital and has kept a tight grip on the party, was already barred from being prime minister by a previous conviction in a vote rigging case.

Graft issues spurred Romanians to sanction the PSD in the European Parliament election, where the party’s support halved to 22.6 percent from the last national ballot in 2016.

Tens of thousands of Romanians working abroad were unable to vote on Sunday after queuing for hours outside consulates and polling stations because of bureaucracy and staffing problems.

Analysts said video footage from voting stations across Europe of Romanians chanting “We want to vote” and “Thieves” amplified the ruling party’s loss.

Dragnea, who is also under investigation in a separate case on suspicion of forming a criminal group to siphon off cash from state projects, has denied all charges and repeatedly said he was the victim of a “parallel state” of politically-motivated prosecutors and secret services.

“For sure this news is affecting all of us, our party,” Social Democrat vice-president Rodica Nassar told Reuters.

“We will have a party congress in June to assess our position and discuss a new leadership.”

With Dragnea jailed, the party will be led in the interim by his protege Prime Minister Viorica Dancila. The party and a junior coalition ally retain a fragile majority in parliament.

Later, as regional development minister, he created a fund doling out cash with little oversight to county councils and mayors, helping shore up his support.

As party leader and viewed as Romania’s most powerful politician, he presided over the judicial changes as well as a slew of tax cuts and wage and pension hikes that look set to send the budget deficit above EU limits.

“On the back of yesterday’s voter mobilisation and results, today’s ruling seems to be the lowest point for the party,” said Sergiu Miscoiu, a political science professor at Babes-Bolyai University. “But this is still a party which has a quarter of the electorate and there is room for it to rebuild.

“For Romania, it sends a strong signal, it shows the justice system and institutions are working despite all the pressures.”