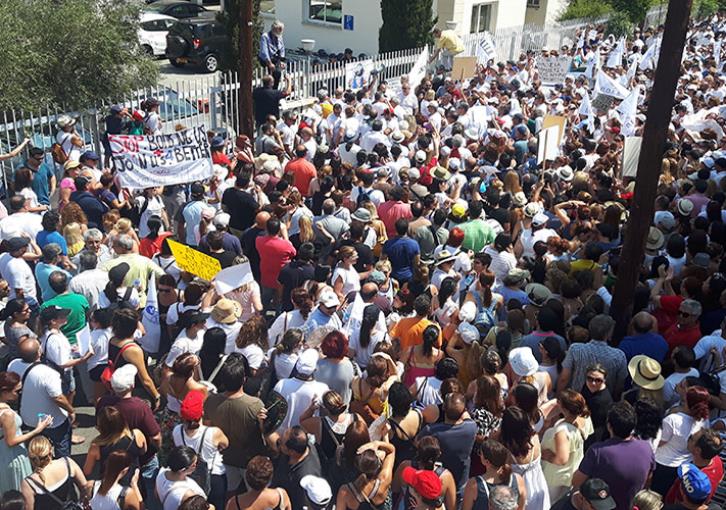 Demosthenis Severis  and Presidential Palace avenues in Nicosia will be closed late on Tuesday afternoon as teachers stage their protest march against proposed staffing changes.

The section of Demosthenis Severis Avenue from the junction of Griva Dighenis as far as the junction with Evagorou Avenue and Michail Karaoli road next to the old GSP will be closed from 5.30 pm to 6.30 pm.

The road outside the Presidential Palace from the roundabout with Kyriakos Matsis to Demosthenis Severis Avenue will closed from 6.30 pm until the conclusion of the protest.

The teachers will gather outside the Presidential Palace to reiterate their rejection of the proposed staffing changes.

Efforts by House Labour Committee MPs earlier on Tuesday to broker a compromise failed. MPs had suggested both sides agreeing to freeze any action and start talks. Unions agreed, but Education Minister Costas Hambiaouris said that teachers’ transfers have already been set in motion and to freeze them would create additional disruption in the schools.