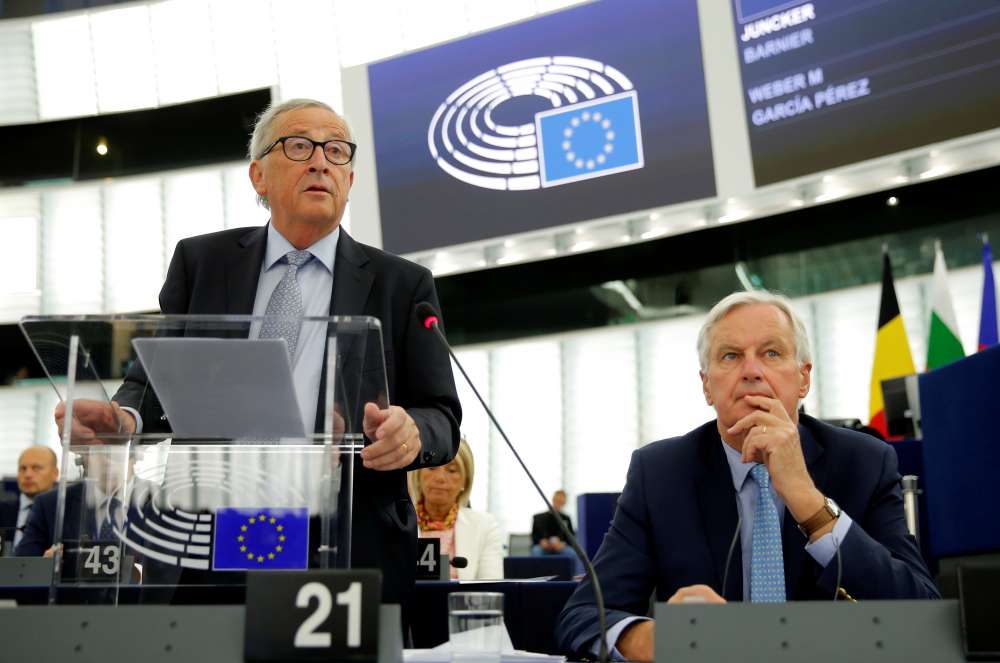 A deal to ensure a smooth British exit from the European Union is still possible but the risk of a no-deal is also “very real”, European Commission President Jean-Claude Juncker said on Wednesday.

In an address in the European Parliament, Juncker said British Prime Minister Boris Johnson had told him on Monday that London still wanted a transition deal, but that he would leave with or without an accord on Oct. 31.

Pro-Brexit lawmakers cheered and applauded in the Strasbourg chamber.

“There is very little time left…The risk of a no-deal is very real,” said Juncker, who met Johnson in Luxembourg on Monday.

“I am not emotionally attached to the Irish backstop,” Juncker said. “I have asked the prime minister to make, in writing, alternatives,” he said, calling it a safety net to avoid a divided Ireland after Brexit.

His pessimistic tone was echoed by Finland’s minister for European affairs, Tytti Tuppurainen, who also spoke in the parliament, saying a no-deal Brexit “is a quite likely outcome.” Finland currently holds the EU’s rotating presidency.

However, many EU lawmakers warned against a no-deal. The parliament is due to adopt a resolution later on Wednesday calling for Britain to be granted another extension to allow more time for London to agree the terms of its withdrawal.

The EU’s chief negotiator, Michel Barnier, said that a no-deal Brexit would also not resolve many of the issues around the rights of EU citizens, the Irish border and British obligations under the bloc’s long-term budget.

“If the United Kingdom leaves without a deal, all these questions will not disappear. They are still there,” Barnier said.