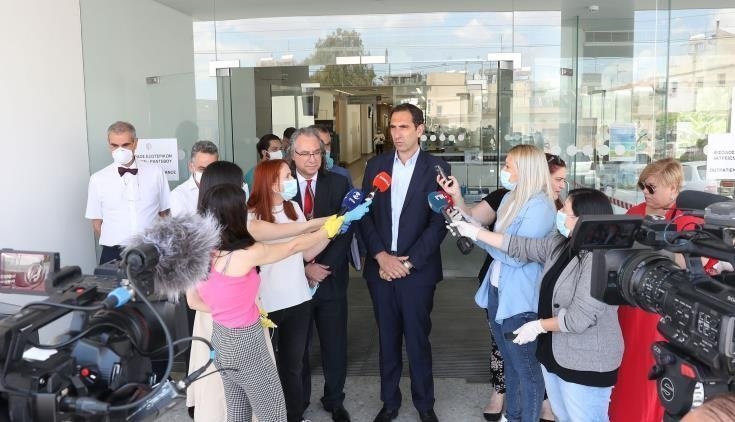 Cyprus has made the right start to the second phase of the General Health Scheme, said Health Minister Constantinos Ioannou, noting that it is a great reform and despite the problems with the COVID-19 pandemic, they decided to continue with the original planning.

In statements after visiting Areteio private hospital which has agreed to enter GHS, Ioannou said it is inevitable that there will be problems in the future.

There might be some problems, he acknowledged in the next few days, due to the operations that were postponed in the last two months, but he said, these problems will be targetted and resolved.

He said cooperation between the directors of the private hospitals with the HIS is significant because only through cooperation any problems can be resolved and overcome.

More than 500 beneficiaries have been served in the last two days according to the HIS, however, without knowing, at the moment at which hospitals they went to, the minister said.

So far, 30 contracts were signed and a further five were to be completed within the day and there are more to come in the next few days.

Asked about the viability of public hospitals, the Minister of Health said their costs need to be monitored. If the costs rise recklessly then they will not be viable. This is exactly our goal and parameters that have been outlined to the Board of Directors by the Ministry of Finance and the Ministry of Health, so that public hospitals are financially viable “, he further explained.

The Areteio Executive Director, Michalis Papadopoulos, expressed his clinic’s readiness to continue offering high quality services to beneficiaries with its accession to the GHS.

By In Cyprus
Previous articleNew charges against Minneapolis policemen as protests continue
Next articleSunny in the morning, some cloud in afternoon